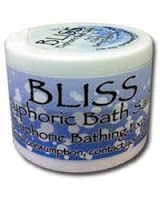 Next month the DEA will be putting a ban into effect on the controversial “bath salts” until proper research can be conducted on such products. “Bath salts” have made the news several times this year as a result of the spike in emergency room visits related to people’s consumption of the drugs. These are not your typical soaking bath salts; the ones in question have been coated with chemicals, typically mephedrone, MDPV, and Methylone or some variation of them. When people snort crushed up “bath salts” they experience a high that has terrible side effects which have resulted in people trying to take their own lives. It is quite clear to anyone in the medical field that these products are dangerous and if left unchecked by the proper agencies more people will lose their lives. The proposed ban that will take effect next month has doctors in Arizona worried that there will be a rise in “bath salts” sales as stores selling them slash their prices to unload their stock.

“I worry that we will see a spike in (use and sales)” of the drug until that ban takes effect, Jason Caplan, Chairman of the Department of Psychiatry at St. Joseph’s Hospital and Medical Center in Phoenix, told The Arizona Republic. The newspaper reports that there are at least a half-dozen smoke shops in the Phoenix area that are still selling “bath salts” and some are offering deals like “buy one vial and get the second one half off”. There are a host of different names that manufacturers have used with their products, some common ones are:

According to the DEA, users experience:

The DEA has deemed “bath salts” an imminent danger to the public and have classified such products as well as the chemicals used in making them as Schedule I drugs. The classification of Schedule I drugs is the most restrictive category of drugs, considered unsafe, highly abused substances that show no evident signs of medical value in the United States.

Previous PostGiving Opiate Addicts Parolees NaltrexoneNext PostThe More Friends You Have, The More Likely You Are to Drink