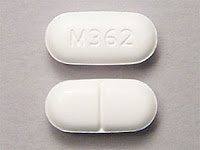 Hydrocodone or Vicodin as it is known best is one of the most abused prescription narcotics available. While it may not be as strong as oxycodone it is still highly addictive and has the potential to take lives. This is why over the last 12 years the federal government, the Drug Enforcement Administration (DEA) and Food and Drug Administration (FDA), has discussed reclassifying the drug as a Schedule II narcotic. Unfortunately, the DEA and FDA have continued to delay making a decision about reclassification, to make them more strictly regulated, ABC News reports.

Reclassifying the drug would move it into the same class as oxycodone and morphine, making it harder for people to get their hands on as well as making it subject to stricter rules about prescribing practices, as well as dispensing. The American Society of Addiction Medicine sent a letter to the FDA in September, which asked the agency to change hydrocodone to a Schedule II drug and they have yet to receive a response. Speculation about the delay point to the fact that the FDA has close ties to pain advocacy groups who worry that a reclassification would make it much harder for people who require pain management to get the drug.

Hydrocodone is an opiate that is prescribed more than any other narcotic in the United States, with more than 139 million prescriptions for hydrocodone-containing products dispensed in 2010 and more than 36 million in the first quarter of 2011.

Hydrocodone is abused so much in this country that it is hard to believe any bad could come from rescheduling the drug. It is often the first prescription narcotic that teenagers experiment with, often times leading to addiction.