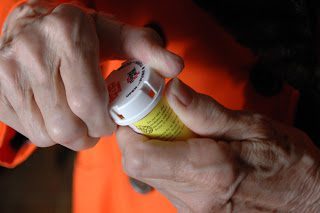 Prescription drugs have become a major topic amongst law makers, making the news daily. The CDC recently released a somewhat startling report about how bad it actually is here in America. According to Grant Baldwin, PhD, MPH, the director of the Division of Unintentional Injury Prevention with the Centers for Disease Control and Prevention, a call to action needs to happen if we can ever hope to see this problem resolved.

We encourage you to read his thoughts on the matter:

“At the CDC, we deal with the numbers and statistics affecting the public’s health every day. I’ve worked here for most of my career, and rarely do these numbers reveal the full and tragic story they actually represent. The CDC’s report this week on prescription painkiller overdoses is one of these rare instances, confirming a story many of us have heard in communities across America.

Prescription painkillers (drugs like oxycodone, hydrocodone and methadone) killed nearly 15,000 people in 2008—one person every forty minutes. These were husbands and sons, mothers and daughters, often struggling with addiction for months or years before losing their lives. And the problem has never been worse. For every person who died of a prescription painkiller overdose in 1999, nearly four died in 2008. We are in the midst of an epidemic.

Make no mistake: these drugs, when appropriately used and prescribed, can play an important role in improving the quality of life for carefully selected patients. But there are things that everyone, from state policy makers and health care providers to individuals and communities, can do to make sure these drugs are used safely and responsibly.

States can support prescription drug monitoring programs—electronic databases that track controlled substance prescriptions, which are promising tools for helping medical professionals identify patients who may be abusing these drugs. Health care providers can follow guidelines for safe painkiller prescribing and screen patients for warning signs of abuse. This is so important because we can reduce the number of people who are abusing and overdosing, while also ensuring that patients with pain are treated safely and effectively.

Preventing prescription painkiller overdoses is a CDC priority. The lives impacted by painkiller abuse and overdose can be found everywhere—a father who becomes addicted to painkillers after a work injury and overdoses, a teenager who takes an old bottle of painkillers from a relative’s medicine cabinet or a mother who loses a son to painkillers only to find her other child is also addicted. This week’s CDC report on prescription painkiller overdose is a call to action. This epidemic is affecting our own neighbors and communities. Working together, we can turn the tide and have the numbers tell a different story.”