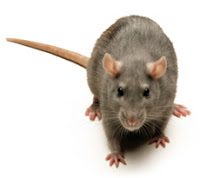 Studies have shown that people who are addicted to drugs and alcohol genetically pass the disease of addiction to their offspring. While addiction is not fully understood new research is being conducted every year that sheds more light on the disease. A new study that was conducted on rats has shown that chemical changes caused by cocaine may be passed on to the next generation. Interestingly, such changes cause male offspring to find the drug less rewarding, according to The Wall Street Journal.

The chemical effects of cocaine may alter how genes are controlled in succeeding generations, without changing the genes themselves, according to the article.

Male rats that used large amounts of cocaine were bred with female rats not exposed to the drug. After the female rates became pregnant, they were then separated from the females. The offspring of these pairs were offered cocaine; the male offspring were not very interested in the drug, while the females were.

The researchers found that when compared to offspring of males not exposed to cocaine, the rat pups whose fathers were exposed used less readily and took less cocaine overall. The male offspring of cocaine-using male rats did not work as hard to get the cocaine as the sons of non-exposed males. This suggests they found the drug to be less rewarding.

“To our surprise, the male offspring of dads who took cocaine did not like cocaine as much,” said lead researcher Chris Pierce of the University of Pennsylvania. “They took less cocaine and they liked it less.”

The findings were presented this week at a meeting of Society for Neuroscience.