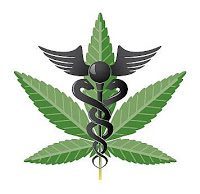 The battle to gain control of medical marijuana in the United States continues despite the fact that federal agencies are working harder than ever to crack down and systematically shut down the entire program from one state to the next. Washington Gov. Chris Gregoire and Rhode Island Gov. Lincoln Chafee filed a petition with the U.S. Drug Enforcement Administration requesting that the agency reclassify marijuana in order for doctors to be able to prescribe it and pharmacists the ability to fill the prescription.

While more states than not do not allow the use of medical marijuana, there are actually 16 states and the District of Columbia who allow medical marijuana programs to operate. Washington and Rhode Island are not asking for full legalization, rather they are requesting that the drug be switched from a Schedule 1 drug to a Schedule 2 drug, which would mean that the drug could be used for medical practices and be prescribed and no longer just recommended by doctors.

“Each of these jurisdictions is struggling with managing safe access to medical cannabis for patients with serious medical conditions,” the 99-page petition and report reads. “Our work with the federal agencies has not resolved the matter.”

It is clear that a number of people across America abuse the medical marijuana programs, using bogus illnesses to obtain the recommendation; however there are a number of people who suffer from chronic pain from legitimate disorders who find relief when they use medical marijuana. Gregoire said that the conflict between state and federal laws means legitimate patients lack a regulated and safe system to obtain marijuana.