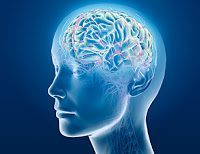 Mental disorders often go untreated by a professional which can lead to individuals self-medicating to cope with their problem(s). Bipolar, anxiety, and depression are some of the most common mental ailments that people treat with illicit substances. It is often the case that people turn to opiates, like oxycodone, and become addicted to them; especially since prescription drug abuse has become more common and the drugs themselves more available.

The Substance Abuse and Mental Health Services Administration reported that prescription opioids are the second most frequently used illegal drug in the U.S. after marijuana. A new study has shown that people suffering from mood disorders are more likely to abuse opioids. Researchers working on the study looked at the link between individuals with mood and anxiety disorders with non-medical prescription opioid use and opioid addiction.

Individuals who turn to opiates to deal with their disorder may find temporary relief; however, the opiates typically will exacerbate the problem. If you are suffering from a mood disorder it is highly advised that you seek help from a professional.

The results are featured in the Journal of Psychological Medicine.