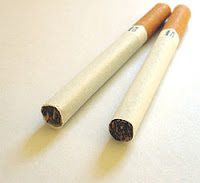 It is no secret these days just how dangerous tobacco can be, as a result of potentially fatal side effects like cancer. As more people become aware of this, people are smoking less and fortunately we will all have access to the research conducted by tobacco companies which was for a long time withheld from the public eye.

In 2006, a U.S. District Court judge ruled that tobacco companies had held back internal documents as part of a broad campaign to deceive the American public about smoking’s effect on health. As a result, Philip Morris USA Inc. and R.J. Reynolds Tobacco Co. agreed to the settlement to pay $6.25 million to support the country’s largest online collection of tobacco industry documents.

The court ordered the companies to provide public access to all documents they turned over in smoking-and-health lawsuits for the next 15 years. Over the next four years, the companies will fund and increase access to an online database of more than 13 million internal documents, the Associated Press reports.

They will pay the money into a court fund, which will be given to the University of California San Francisco, which runs the online library where the documents will be accessible.

“This agreement helps make sure that these documents will be accessible to researchers, journalists, students, lawyers, the government and the public at large—anyone who is interested in learning more about the defendants’ efforts to mislead consumers about the effects of smoking,” stated Tony West, Assistant Attorney General for the Civil Division of the Department of Justice.