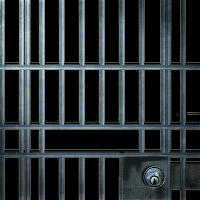 In the past, people who were convicted of drug charges were bound for jail or prison which had little effect on one’s addiction and cost the taxpayers billions of dollars collectively. In the past 30 years as people have become more accepting of drug and alcohol abuse as a disease, alternative forms of punishments, such as substance abuse treatment, have become standard practice in most states.

Now, most first offenders and low level drug offenders have been given the option of treatment over jail; while it was not mandatory, most people chose treatment. In what The Wall Street Journal calls “the most sweeping criminal-justice proposal of his tenure”, New Jersey Governor Chris Christie this week called for mandatory treatment for all low-level drug offenders.

In his State of the State address, Christie said, “Every one of God’s creations can be redeemed. Everyone deserves a second chance.” Calling for a revision of bail laws to keep violent drug dealers in prison, he said the state’s bail system should mirror the federal courts, where judges decide whether violent offenders should remain in jail while they await trial if they are considered to be a threat to society or a flight risk.

It turns out that Christie’s proposal may be easier said than done unless more funding goes in the direction of treatment. The article stated that drug treatment advocates say the state’s residential drug treatment facilities are already overcrowded. “There are waiting lists of people begging to get into drug treatment. We should fund and expand it for the people who want it,” said Roseanne Scotti, Director of the Drug Policy Alliance in New Jersey.

An estimated 62 percent of New Jersey prison inmates have a moderate to severe drug addiction, according to the Wall Street Journal. There were 51,985 people admitted into substance-abuse programs in New Jersey in 2010, compared with 47,442 in 2008.

Christie once served on the board of a Daytop Village treatment program, and his wife volunteers with former convicts, the newspaper notes.