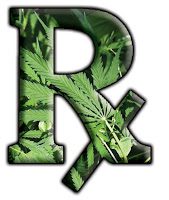 The subject of marijuana is a hot button item in the United States. The drug is federally illegal, but 16 states including the District of Colombia allow it to be used for medicinal purposes. There are a number of people who claim that marijuana has no medicinal value despite the fact that there have been thousands of claims that it has helped people with their ailments. Since the drug is illegal it is hard for researchers in the United States to get approval for testing to determine the medicinal properties of the drug.

In Europe, the ability to test with marijuana is much more relaxed in a number of countries and there are a number of scientists who believe that drugs could be developed that contain the active ingredients of marijuana. Furthermore, there is a company in Great Britain that is conducting advanced clinical trials of the first drug developed from raw marijuana that will help treat pain caused by cancer. The drug is delivered in the form of a mouth spray.

Sativex is the name of the new spray and it has already gained approval in Canada, New Zealand, and eight European countries to relieve muscle spasms associated with multiple sclerosis, according to the AP.

In the United States, in 1985 the FDA approved two drugs containing synthetic THC an active ingredient in marijuana. Marinol and Cesamet, were approved and made to treat chemotherapy side effects, Marinol is also used to stimulate the appetite of AIDS patients.
If the FDA approves a drug with a chemically similar makeup, it could prompt the federal government to change its stance on marijuana and encourage other drug manufacturers to do research on similar drugs, reports the AP.

The company, GW Pharma, hopes to obtain approval from the U.S. Food and Drug Administration (FDA) by the end of 2013, according to the Associated Press.