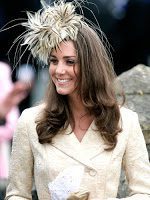 Addiction is a worldwide problem affecting families from all walks of life, an issue that has in the past been highly stigmatized and requires the work of countless people to help the suffering recover. Across the Atlantic in England, just eight months after the royal wedding the new Princess Kate has announced what charities she will be working to support.

One of the organizations she will be a patron of is the British charity Action on Addiction. A program which supports:

The late Princess Diana supported the cause of HIV/AIDS, which in the early ‘80s was a highly stigmatized disease. Many believe that Princess Kate’s decision is quite similar considering that many people still have a hard time grasping that addiction is a serious disease not a lack of will power. With an estimated 1 in 3 Britons suffering from addiction at some point in their lives, the issue is one that is clearly worth Princess Kate’s time.

It is great to see someone as prestigious as the Princess taking up the cause and hopefully her contribution will have a lasting effect around the globe.