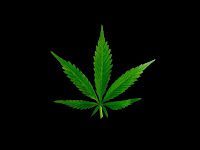 As more and more states across the country adopt medical marijuana programs we have to wonder what the impact of more people using marijuana than ever will have on communities. Naturally, as more people take marijuana on a daily basis the more likely they are to drive under the influence of the drug. A new report that analyzed nine (9) different studies has shown that those under the influence of marijuana have an increased risk for crashing – especially for fatal collisions.

Driving under the influence of marijuana was linked with almost twice the risk of a motor vehicle crash compared with sober driving, CNN reports. Nearly 50,000 people were involved in the studies used for the analysis.

“Previous studies have failed to separate the effects of alcohol and other substances from the use of cannabis, resulting in a lack of agreement,” according to a press release in the British Medical Journal.

Lead researcher Mark Asbridge of Dalhousie University in Halifax, Nova Scotia, said that marijuana affects spatial location, as opposed to alcohol which impairs drivers’ speed and reaction time. As a result “high” drivers may follow cars too closely, and swerve in and out of lanes.

A 2009 report from the National Highway Traffic Safety Administration (NHTSA), from drivers in 300 locations nationally determined that 16.3 percent of drivers at night were impaired from legal or illegal drugs, including 9 percent of drivers who had detectable traces of marijuana in their system.

The results are published in the British Medical Journal.