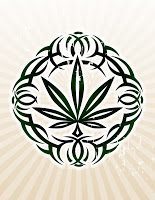 A national study of nearly 2,300 11th- and 12th-graders was commissioned by Liberty Mutual Insurance and Students Against Destructive Decisions (SADD). The findings showed that more and more teens do not believe marijuana is a distraction while driving.

Stephen Wallace, senior advisor for Policy, Research and Education at SADD, said these figures reflect a “dangerous trend toward the acceptance of marijuana and other substances compared to our study of teens conducted just two years ago…both in terms of the increased use of marijuana and from the perspective that many think this is not a danger.”

University of Michigan conducted a similar study called “Monitoring the Future” involving 47,000 eighth-, 10th and 12th-graders – their study also reflects the same trend. 36 percent say marijuana presents no distraction when operating a vehicle; nineteen percent say alcohol is no distraction, and 13 percent of teens report driving under the influence of alcohol.