In 1911 the pioneering psychoanalyst Carl Jung wrote, “All neurosis is a substitute for genuine suffering.” Jung’s insight of a century ago may have some value for us today since the conditions from which the readers of Together AZ recover – disorders like alcoholism, other chemical and behavioral addictions, depression, anxiety and trauma – are all neuroses. This category of disorders includes ways the nervous system can respond to stress and trauma as well as the myriad of maladaptive behaviors we resort to in our attempt avoid the pain of living. So often, the ways we choose to escape our inescapable suffering end up creating a landslide of trouble – a landslide that can sweep away careers, families, even lives.

Sooner or later, many of us realize that our self-generated pain has reached an existential watershed. We see that our ego-generated suffering finally outweighs the suffering of accepting the unavoidable pain of being human. This is the crossroads many of us find ourselves at as we take our first tentative steps in recovery. And if we are fully able to engage in the recovery process, and if we are gifted with a little grace, our suffering may be transmuted into a spiritual and emotional awakening. Such a transformation can occur in the context of treatment, a religious or spiritual experience, or by the more mundane and gradual two-steps-forward-one-step-back trudge familiar to members of the 12-step groups.

Readers of Together AZ may think that a commentary on suffering is an unusual offering for a publication whose focus is hope and whose motto is “inspiring success on the road to recovery.” But suffering is a subject to which my mind often turns. I suspect that the reason I think about suffering so much is that I make my living as a behavioral therapist. I work in a field where I have regular contact with people who are in pain – and I am professionally obligated to help them find ways to suffer less. If there is a single skill that expresses the most artful practice of helping others, it may be the ability to help them find within themselves the flexibility, acceptance and courage to be with their suffering more presently and mindfully, and by taking this brave path, to hurt less. Those few who have a special genius for helping others this way are especially blessed. They make great therapists too.

Now I am a decent therapist but not a great one. I know this because I work with some truly gifted therapists and every day I see them doing something that I can never quite pull off. With their words, their silences, their gestures and their stillness; but ultimately by their wise, calm and powerful presence, these truly skillful ones create healing insight and heart’s ease in those with whom they work. After years of walking among and studying the qualities of great clinicians, I have come to a conclusion about what makes people like these so singular. It is something called therapist potency. All great healers have it and a rare few have it in spades.

In the field of counseling the term potency is used to describe a vital quality that Native Americans have for millennia known as medicine. Medicine, sometimes referred to as mojo, is a kind of intrinsic spiritual power, an innate wisdom and presence that is one with the possessor’s being. Medicine, in this sense, cannot be taught. It’s a quality that a person either has or does not have. Real potency, like real medicine, is an impossible to fake expression of one’s authenticity and wisdom, but more importantly an expression of how one lives his or her life and, more pointedly, how skillfully they deal with their own existential suffering. Those with special courage to be present with their emotional pain can bring great power to the work of helping others. It seems as if their ability to suffer well empowers their work with other sufferers. Conversely, those who are unable to summon the resolve to sit with their personal pain too often approach helping relationships in a manner that can come off as nervously cheerful – filling the air with psychobabble, pseudo-therapeutic vagaries and self-conscious, well-meaning platitudes. This manner of carrying a message of recovery rarely works well with a client who comes to the helping dialogue with any degree of grounding or self-awareness. And therapy can go badly awry when a client’s medicine turns out to be stronger than the counselor’s. Someone of the ilk of the Apache warrior Geronimo, a man of legendary medicine, if subjected to this kind of weak therapeutic approach would certainly be unmoved.

If Geronimo was not one to suffer fools, he was known to suffer well. Growing to manhood in a harsh and unforgiving desert environment, Geronimo bore great difficulties in a way that embodied the highest of Apache values – perseverance, selflessness and a willingness to sacrifice. A brave and rigorous walk strengthened Geronimo’s body and imbued his soul with a power and presence that, even today, is admired by all who know his story.

Born Goyathay in 1829 in what would one day become Arizona, Geronimo earned his nom de guerre the ferocious, old fashioned way. While leading an attack against a superior force of Mexican soldiers who had just days before murdered his wife and three children, Goyathay ignored a hail of deadly musket fire to make repeated knife attacks against panicked soldiers who went down screaming desperate pleas to their heavenly patron, St. Jerome (Geronimo!). Getting one’s moniker from the dying utterances of one’s enemies, I think, imparts a certain gravitas to a person. If the history of the Southwest tells us anything, it tells us Geronimo was that ghetto.

Considering the way in which Geronimo brought potent medicine to the battlefield, we who aspire to bring a special healing power to the work of helping others might do well to consider a cogent fact: how we walk may be more central to that effort than how we talk. Our ability to live a mindful, measured and compassionate life, rather than what we think we might know about recovery, could be the key to empowering any message of hope we might carry. For those of us who have chosen a healing profession, the extent to which we are able to sit presently and courageously with our own emotional pain might be the ultimate measure of our professional ability.

A psychiatrist can help patients through the artful prescribing of mood-regulating medicine. But we counselors can’t prescribe pills. We either bring our own mojo to the therapeutic relationship or we arrive empty handed.

If an effective helper cannot become one in an environment of ease and comfort, and if we each must find our medicine in the way we handle our own suffering, then those of us who practice the healing arts can scarcely avoid the idea that we too must suffer well if we aspire to do good.

But, sadly, suffering does not always perfect the sufferer. We all know people who, overcome by their own pain, have turned only meaner and more irritable as a result of their suffering. To achieve therapeutic potency, must those of us who enter the helping professions run the risk of being scorched by our own pain? If the answer to this question is yes – and I think it might be – then it may behoove anyone whose calling is to help others to approach their own suffering mindfully and skillfully, and informed by a spiritual practice in which they have faith.

But for those who prefer a more vivid answer, the closest thing I have so far found came on an evening a few years ago when I was vegging in front of the TV, not really paying attention. I was jolted into presence when I heard a guy speak a simple declarative sentence; but it is one that I will take to my grave. A San Francisco AIDS worker who had endured the worst years of that city’s HIV epidemic was being interviewed on the news. He had spent over a decade working 20-hour days giving palliative care to hundreds of dying AIDS patients. Soft spoken and slight, I had to lean in a bit to catch his words. When the interviewer, with a tone of respect rare to news shows, asked the guy from what magic place he summoned the strength to sacrifice so much to attend to the final physical and emotional needs of terminally ill young men and women, he paused thoughtfully before saying in a calm and even voice, “Sometimes, when the heart breaks, it breaks open.”

I would love it if I could truly wrap my brain around that kind of spirit; that brand of bravery, selflessness and modesty. But I’m the decent – not gifted therapist. The old Apache would have gotten it though. Separated by a century and a thousand miles, one warrior surely would have recognized another. Geronimo knew strong medicine when he saw it. 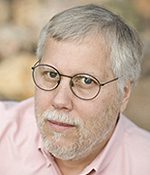