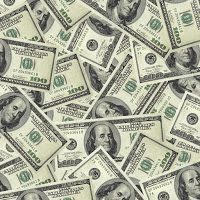 The Coalition Against Insurance Fraud states the cost of prescription painkiller abuse for insurers is $72.5 billion, according to a 2007 report. These costs stem from emergency room visits, rehabilitation, and associated health problems, CNN Money reports.

The coalition says the average “doctor shopper” costs insurers between $10,000 and $15,000 per year. People who go from one doctor to the next in a given time frame are one of the major causes of prescription narcotics getting into the wrong hands.

“There’s no doubt that this is a growing cost to society,” Kevin Sabet, a former senior advisor at the White House Office of National Drug Control Policy, told CNN Money. “We’re in the midst of an epidemic, and it’s really time for America to wake up.”

The Clinical Journal of Pain published a study in 2011 which found prescription drug abuse led to $42 billion in costs related to lost productivity and $8.2 billion in criminal justice costs.