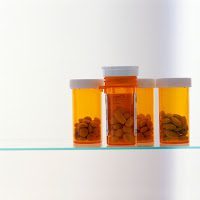 Drug Abuse, from 1991 to 2009, related to prescriptions for opioid analgesics increased almost threefold, to more than 200 million, according to the National Institute on Drug Abuse.

Drug policy expert Keith Humphreys, PhD believes we need major policy changes to resolve the tension between providing adequate pain relief and dealing with the rise in prescription opioid overdoses. Humphrey’s outlined five policies that he believes can tip the scales, at the American Academy of Pain Medicine meeting.

“Some of the policies are relatively easy to implement, while others involve changing cultural norms, which is much more difficult,” said Humphreys, Professor of Psychiatry and Behavioral Sciences at Stanford University School of Medicine, and a former Senior Policy Advisor at the White House Office of National Drug Control Policy.

Emergency room visits related to the non-medical use of pharmaceutical opioids doubled between 2005 and 2009, according to the Drug Abuse Warning Network system charged with monitoring drug-related emergency department visits and drug-related deaths.

The five policies that Dr. Humphreys recommends are:

“I tell doctors that change is coming, and they can get involved, or else an uninformed policymaker may do it for them, with some potentially bad results.”