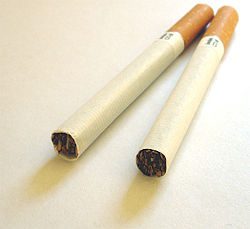 The fight continues to keep young Americans from using tobacco products which can easily be argued is the first drug adolescents and teenagers ever try. The U.S. Surgeon General’s office has now released a report calling for smoking bans and increasing taxes on tobacco products in order to discourage usage.

It is almost hard to believe that almost one in five high school-aged teens smoke; while this number may be down from earlier decades, unfortunately the rate of decline has slowed, according to the new report. The new report is fairly comprehensive at 920-pages long.

More than 80 percent of smokers begin by age 18 and 99 percent of adult smokers in the U.S. start by age 26, according to the report. The new report is the first report on youth tobacco use by the Surgeon General in two decades and it probably couldn’t have come soon enough considering that those who smoke have a much greater chance of battling addiction later on in life as well as be tempted to experiment with other potentially more harmful substances.

“In order to end this epidemic, we need to focus on where we can prevent it and where we can see the most effect, and that’s with young people,” Surgeon General Regina Benjamin said in an interview with The Associated Press. “We want to make our next generation tobacco-free, and I think we can.”

While Benjamin’s goal may be lofty, there is still a good chance that through hard work and education we can dramatically decrease tobacco use in America over all, reducing death and disease caused by tobacco use.