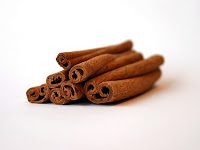 Experimenting with illicit drugs as well as binge drinking is common amongst teenagers and young adults across the country. Both activities can be extremely dangerous, deadly, and/or can lead to addiction at an early age of life. Most teenagers who start experimenting with drug use and binge drinking were pressured into it by their peers. The teenage years are notorious for one being susceptible to peer pressure, which sadly had led to the untimely demise of thousands.

Unbelievably, a new teenage threat sweeping across the country involves a household spice – Cinnamon. Known as the “cinnamon challenge”, teens are dared to swallow a spoonful of ground or powdered cinnamon, without drinking any water. The American Association of Poison Control Center warns that this activity is extremely risky and can be potentially deadly to certain people.

In the first three months of this year, American poison control centers received 139 calls regarding cinnamon, the Los Angeles Times reports. There were 122 cases that were classified as intentional misuse or abuse, 30 of which required medical evaluation.

Ingesting cinnamon without drinking water causes the spice to coat and dry the mouth and throat. Naturally, this causes: gagging, coughing, vomiting, and inhalation of cinnamon. People who have asthma can be effected terribly and begin suffering from shortness of breath. Teenagers who inhale cinnamon into their lungs can develop pneumonia, according to Alvin C. Bronstein, MD, FACEP, Managing and Medical Director for the Rocky Mountain Poison and Drug Center.

“We urge parents and caregivers to talk to their teens about the cinnamon challenge, explaining that what may seem like a silly game can have serious health consequences.”