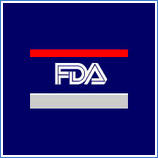 Fda (Photo credit: Wikipedia)There are a number of extremely powerful prescription opiate narcotics on the market today. If such drugs find their way into the hands of small children they can be deadly. Today, the most powerful painkiller on the market that can be found in the household is Fentanyl Duragesic Patches; when applied to the skin they release an opiate, over time, which is 100 times stronger than morphine. Sadly there have been a number of accidental exposures of Fentanyl patches to children, even ones below the age of two.

The Food and Drug Administration (FDA) has issued a safety alert, warning that the majority of the 26 cases of accidental exposure to the patches since 1997 have involved children below the age of 2, Reuters reports. If a child swallows the patch or applies it to his or her skin, it can result in death, by slowing breathing and raising carbon dioxide levels in the blood.

Parents should dispose of a patch by folding it in half with the sticky sides meeting and flush it down the toilet.