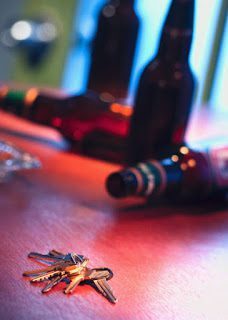 Sometimes when you attend a business meeting you find yourself overhearing small talk before the meeting actually starts. Remembering one such conversation that went something like this:

Young business professional: “Not sure what I am going to do, I got stopped and ticketed for driving under the influence last night.”

Older business professional: “Don’t you mean it was the first time you got caught driving under the influence?”

The older business professional’s question was subtle and insightful. With 25+ years of sobriety this person knew that most people don’t get caught the first time or even the 20th time they are driving under the influence. Risky behavior can go unnoticed and unchecked for years. If you have ever been convicted of a dui/dwi then you are painfully aware of the consequences: license suspension, license revocation, job loss, higher insurance rates, dealing with the scorn of your parents, spouse, significant other, children, and friends. If you are lucky you might be sentenced to participate in a DWI class or an alcohol and drug education class, which might guide you toward seeking treatment for your alcoholism and attending Alcoholics Anonymous meetings. The DWI might become your impetus to start your recovery.

According to the study leader, Dr. Sandra Lapham: “A DWI conviction identifies people at risk…it’s a red flag, and an opportunity to intervene.”

Intervention can save an addict’s life and perhaps the life of the innocent bystander, passenger or other driver. And remember, parents can influence their children to avoid risky behaviors that will eventually impact their lives.

Previous PostQuitting Chewing Tobacco Is Like Any AddictionNext PostHow Much Do You Know About OPANA?