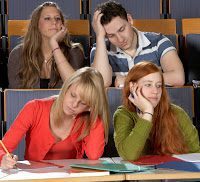 It is hard to believe that summer is almost over and college students are getting ready to head back to their college campuses. Many students are spending the last few weeks of vacation by shopping for items they may need for their dorm room or apartment, some are catching up on their summer reading list for their desired college program, some might be making plans to find a part time job when they return to school or applying for a work-study placement on campus. Sadly, some students are struggling with depression and are wondering how they are going to make it through another semester without “help.”

But where do college students turn for help? They might confide in their friends, they might reach out to a professor or a resident assistant, they may reach out to a counselor in the student health center; however,  some will isolate themselves and not have the nerve to reach out for help.

According to the American Foundation for Suicide Prevention (AFSP) an estimated 15% of students suffer from depression and other mental disorders, putting them at risk for suicide. In an effort to assist colleges in reaching these students the foundation has created an online Interactive Screening Program (ISP). According to the AFSP’s website:

Students are made aware of this online service by receiving an email which invites them to anonymously complete a survey. If the survey answers indicate a problem, then the counselors will encourage the student to continue communicating anonymously, via the website.

The Los Angeles Times reports that:

“At the beginning of each term, officials from the school explain the program and
stress that it protects the user’s identity. Email addresses are encrypted
throughout the process, and the administration has decided to never, under any
circumstances, remove the encryptions. The service soon will be available on mobile devices, and the foundation is
working on programs for veterans and active-duty military, corporations and law
enforcement agencies. In California, the program [at the UC Campuses] is paid for through the
voter-approved Mental Health Services Act, a state tax initiative passed in
2004.”

Looking forward…here’s to a healthy school year! Learn more about the American Foundation For Suicide Prevention.