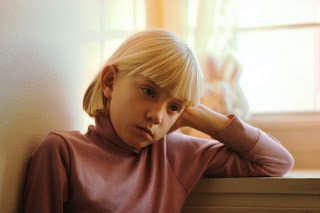 Only the strong survive…

When you think of the phrase only the strong survive, what comes to mind? A song title or a movie title? Or maybe you think about Herbert Spencer’s phrase “survival of the fittest”, which was used by Charles Darwin when in 1869 he published his fifth edition of On the Origin of Species. There is probably a good chance you would never think of someone suffering from depression as having an advantage of survival, but two psychiatrists have been researching and are proposing that some form of genes that increase a person’s risk of depression may also enhance a person’s immune responses to infections.

Why the interest in depression and the human genome…

In September 2012, it was reported that new research indicates that suicide has surpassed car accidents as the number one cause of injury-related death in the United States. Experts believe that the greater part of those who commit suicide also suffer from depression or some other mood disorder. Again, scientists have been working on how genes might add to depression. In doing these studies it seems there might be a serendipitous scientific discovery as to why our ancestors who suffered from depression actually were able to survive better than their other family members who did not suffer from depression.

There are mutated versions of the gene “NPY.” And some of these versions are connected with an immune process useful in fighting off infections. In an article published by the Atlantic on October 2, 2012, they reported:

“Interestingly, researchers at the University of Michigan’s Molecular and Behavioral Neuroscience Institute discovered that individuals with major depressive disorder were more likely to have the mutated NPY gene. The normal NPY gene codes for higher levels of a neurotransmitter known as Neuropeptide Y, which appears to help ward off depression by increasing one’s tolerance of stress. So the same mutated NPY gene that likely protected our ancestors against pathogens also increases our chance of developing depression.”

An Evolutionary View of Depression – Part 1


If you are having trouble viewing the video, you can see it here.

An Evolutionary View of Depression – Part 2

Research, as always, leads to more questions and hypotheses. Historically the leading causes of death have changed over the centuries. For example, in the 1900’s the three leading causes of death were from infections, like diarrhea, pneumonia and tuberculosis. Children were particularly at risk with 30.4% of all deaths happening before the age of 5.  So it could follow that the children whose genetic make-up included depression and the genes that promote it aided them in avoiding exposure to deadly infectious diseases. Why? People who displayed depressive symptoms like loss of interest, lack of energy, and social withdrawal may have helped themselves avoid being exposed to infectious agents. So they survived and by so doing…lived to have children.  The story goes on…