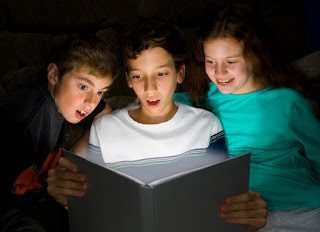 If we think back to our childhood we might remember watching a television show with our family and noticed that our parents would laugh or maybe even tear-up at a particular scene. At the time we might have sensed they understood something we just “didn’t get.” We didn’t get the humor or the irony of the script. Occasionally, years later we find ourselves viewing a rerun of one of these shows and because we are older and more experienced we understand now why are parents laughed or cried so many years ago. The same could be true when we pick up a novel that we read as a young teenager and then choose to reread the novel as a mature adult, nuances and irony become apparent. This is one little glorious part of maturing, yes, we grow up.

On November 8, 2012, the results of a new study were released online in the journal Alcoholism: Clinical & Experimental Research.   The study Decoding of Emotional Components in Complex Communicative Situations (Irony) and Its Relation to Empathic Abilities in Male Chronic Alcoholics: An Issue for Treatment was authored by Simona Amenta, a postdoctoral researcher at the University of Milano-Bicocca and a lecturer at the Catholic University of Milan. NBC News quotes Dr. Armenta speaking of how chronic alcohol use affects men:

“Chronic alcohol abuse seems to have effects on the perception and
decoding of emotional expressions. It has been associated with … deficits
in emotion recognition and verbalization, leading to difficulties in
distinguishing and comprehending people’s emotional states.”

The researchers were specifically looking to study recognition of emotion in verbal language.

NBC News interviewed Lara Ray, an assistant professor of psychology and psychiatry at the University of California, Los Angeles and “she isn’t surprised to see differences in how alcoholic and non-alcoholic brains work. Chronic alcohol abuse changes the brain.” Everyday Health quotes Dr. Armenta: “While alcoholic subjects seem to be able to correctly recognize
emotions like joy and disgust. They show a tendency to
overestimate anger and other negative emotions like fear and sadness.” HealthDay states it is important to understand: “While the study found an association between alcoholism and a decreased
sense of empathy and irony, it did not prove a cause-and-effect
relationship.”

We invite you to read all the related articles and the study’s abstract link provided above. As always, research studies allow us to learn and ask more relevant questions. Studies also invite us to be observant of human behavior, particularly that displayed by an alcoholic.

As always, we invite your comments.