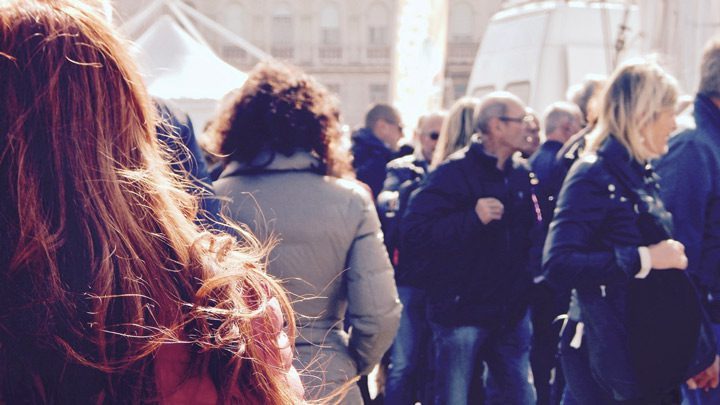 Everyday people who change the world

If you tune in regularly to CNN, then you might be familiar with CNN Heroes.  CNN originated this show in 2007 hosted by Anderson Cooper. Ordinary citizens nominate everyday people who they feel make extraordinary contributions to humanitarian aid.  Starting each January and continuing through each week of the year CNN Heroes profiles a new hero. You might be surprised to learn that CNN receives thousands of nominations and this year was no different. One of this year’s finalist caught our eye and it is not too late to cast your vote for Scott Strode.

Scott Strode lives in Colorado. It was through sports that Scott was able to overcome his addiction to drugs and alcohol.  Strode, now 38, started drinking alcohol when he was just 10 years old and by 15 he was using cocaine. His life in addiction worsened after college, but after waking up on the bathroom floor following a “bender” he made a decision. According to a CNN article, Scott describes his moment of clarity:

“Suddenly it dawned on me that if I didn’t change things, I was going to overdose and that was going to be how my mother would find me.”

Searching for a new support system, Scott started working out at a gym. From there he became involved in climbing and triathlons. He was busy, he felt good and he was sober. He also discovered that most people he met through these activities were also sober. And these sober people and these physical activities helped him move away from the darkness of his addiction.

“Phoenix offers around 50 programs every week, ranging from casual walks and yoga to mountain biking and ice climbing. Activities are led by field instructors, all of whom are in recovery and happy to show beginners the ropes. The organization provides the gear and also offers grants to help people purchase their own equipment. Nearly all events — with the exception of overnight activities or ski trips — are free. He [Strode] notes that Phoenix isn’t a substitute for any other recovery support program; in fact, many in the group are also in 12-step programs. But Strode believes the natural “high” that people get from Phoenix activities can be transformative.”

On Sunday December 2, 2012, 9:00PM ET/6PM PT CNN’s global networks will air live CNN Heroes: An All-Star Tribute. Anderson Cooper will host this program celebrating this year’s top 10 CNN Heroes. Each of the top 10, including Scott Strode, will receive a $50,000 grant for their efforts for improving the lives of others.

This All-Star Tribute will culminate with Anderson Cooper announcing the CNN Hero of the Year, chosen by public vote.

If you like Scott Strode’s work with those suffering from addiction…VOTE!

You can cast your vote for Scott Strode up until Wednesday, November 28, 11:59PM ET at CNNHeroes.com and you can vote up to 10 times per day. You can also go here to vote on your mobile device.

Then tune in Sunday December 2, 2012, 9:00PM ET/6PM PT when CNN’s global networks will air live CNN Heroes: An All-Star Tribute! The Hero of the Year will be awarded a $250,000 to continue their humanitarian efforts.

Phoenix Multisport fosters a supportive, physically active community for individuals who are recovering from alcohol and substance abuse and those who choose to live a sober life. Through pursuits such as climbing, hiking, running, strength training, yoga, road/mountain biking, socials and other activities, we seek to help our members develop and maintain the emotional strength they need to stay sober.

Previous PostLINCOLN: The Movie, The Man, And The Importance Of Thankgsgiving One Day At A Time!Next PostSurviving SAD Days: Winter, Spring, Summer or Fall