Yesterday morning the news was abuzz with headlines like this “states rethink mental health cuts after shootings.” Both the Associated Press and Reuters authored reports which are now being carried on the major news network and cable channels. Of course, the shootings being referenced are the theater shooting that took place in Aurora, Colorado and the massacre that unfolded at the Sandy Hook Elementary School in Newtown, Connecticut. While the Colorado suspect’s case is still being litigated and the known shooter in the Connecticut case committed suicide, it appears that each assailant has been labeled as mentally disturbed.

The recession and mental health care

What we now refer to as the Great Recession actually began in December 2007 and experts say it officially ended in June 2009.  However, many people were not feeling the effects until major panic followed the fall of Lehman Brothers on September 15, 2008.  And so it was that over the next four years state lawmakers were faced with perfect storms of shrinking revenues, a need to balance their budgets and their citizens requesting smaller government. Unfortunately, many states succeeded in balancing their budgets with less revenue by cutting programs, including mental health care programs.

“As a result, nine state-run psychiatric hospitals were closed and another 3,200 beds for mental health patients were eliminated, dramatically reducing treatment options for the poor and people in the criminal-justice system. Thousands of patients were turned onto the streets.

Making matters worse, the cuts came as unemployment was rising, causing more people to lose private insurance and forcing them to shift to public assistance.”

Sampling of states which are taking action regarding mental health care 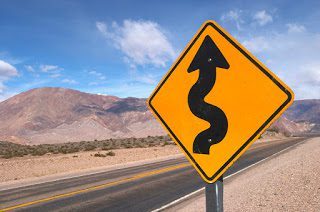 The evolution of community mental health…

Behavioral health and addiction recovery professionals understand our country’s history of community mental health. It is a road paved with great intentions which often presents hairpin turns and bumps when funds run short.

We will be following this story. This past week our own Pima County announced a new website, Recovery Is Possible.  This new site lists resources for people who want help with behavioral and mental-health issues for themselves and others.