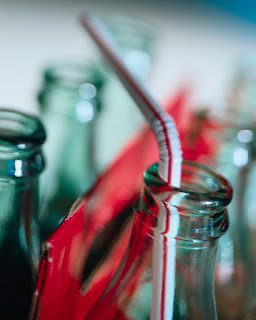 There is a good chance that most baby-boomers will recall their childhood and teenage years and remember that soda pop used to be a treat. Most parents regarded having cola in the house as a luxury. If you went out for dinner ordering a soda was considered special and there was no such thing as free refills; therefore, you sipped slowly and trying to make sure your cola or “7-Up” would last till the very last bite. The average size of a cola bottle (and it was packaged in glass bottles) was 6 ounces. Times have changed and today soda drinks of late are in the news a lot. 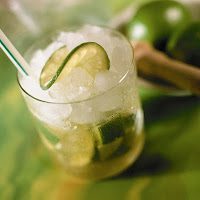 When people are watching their weight they will often choose to drink a diet soda, no matter the brand or type, so that they can enjoy a few extra calories from another food or drink source. This includes deciding to order their alcoholic beverages mixed with diet soda. The calories in a shot of vodka vary depending on the proof (alcohol content), so it ranges from 85 to 130 calories per shot. This usually surprises people because after all it is just a “clear liquid”, as opposed to a cake doughnut which has 198 calories. So, drinkers will often try to control their caloric intake when having a cocktail by choosing a diet soda as the mixer. But is this decision a smart decision?

Researchers at the Department of Psychological Science of Northern Kentucky University decided to do a small study comparing the effect of mixing alcohol with regular soda drinks versus diet soda drinks. The results of this study were published first online December 6, 2012, in the journal ALCOHOLISM: Clinical & Experimental Research: Artificial Sweeteners Versus Regular Mixers Increase Breath Alcohol Concentrations in Male and Female Social Drinkers.

Again, as mentioned before, this was a very small study:

Each participant was given a breath alcohol test and each was asked to report their feelings of intoxication, fatigue, impairment and willingness to drive. ABC News reported on February 5, 2013, “Those participants drinking the vodka-diet drink cocktails had a significantly higher breath alcohol content and had the highest degree of behavioral impairment among the groups, the study found.”  According to the lead author, Cecile A Marczinski, Ph.D.,  “We are talking about significant differences here. Participants who drank diet soda with vodka had blood alcohol contents as high as 18 percent more than when sugar-containing mixers were used.”

The researchers theorize that the sugar in the regular sodas help to stimulate the stomach like food does, thus delaying the absorption of alcohol into the bloodstream.

Like most studies, it would seem this one will have a lot of people talking and asking more questions. Hopefully, part of the conversation will be about how people consume alcohol and its effect on their overall health and daily routines.

Here at Cottonwood Tucson we consider nutrition an important and strategic part of recovery both with addiction and mood disorders. Our behavioral health dieticians work with each of our patients teaching them about energy and concentration, moods, cravings and moderation in eating.

Previous PostWarning: “Side Effects” May Include A Valuable ConversationNext PostADHD And Adderall Addiction: How It Evolves…