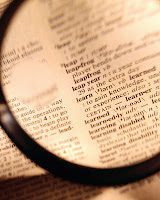 Let’s learn about the word legacy. What occurs to you when you hear the word legacy? Does the word conjure positive images or negative images? For the record, it is an old word dating back to about 1325.

As a noun, it is usually considered a legal word meaning a gift or bequest of property through inheritance. Sometimes it is used when a teen is preparing to apply to college: If one or both parents attended a particular college, then their child might be given acceptance preference to their parent’s alma mater under the institution’s legacy guidelines. Often we use the word legacy when discussing the current or a past United States president: For example, Lyndon Johnson’s legacy might include the legislation of The Great Society or his role in the Vietnam War.

Interestingly, as an adjective, legacy is defined: of or pertaining to old or outdated computer hardware, software, or data that, while still functional, does not work well with up-to-date systems. In 1963 President John F. Kennedy gave a speech in which he said: “Man is still the most extraordinary computer of all.” Could it be that as we age our brain, like legacy computer software and hardware, is still functioning but does not work well with our current life and its environs (up-to-date systems)? Further, what if a person’s childhood legacy includes being a bully or having been bullied? What role does being bullied as a child play in how one matures into adulthood? Are there long lasting psychiatric effects, a legacy, of being a bully or being bullied?

This week JAMA Psychiatry a new study was published online: Adult Psychiatric Outcomes of Bullying and Being Bullied by Peers in Childhood and Adolescence. William E. Copeland, PhD, of the Duke University Medical Center was the lead researcher/author. The objective of this study was “to test whether bullying and/or being bullied in childhood predicts psychiatric problems and suicidality in young adulthood after accounting for childhood psychiatric problems and family hardships.”

The following is an overview of the study’s methods:

The following results were noted:

“What this study really suggests is that what goes on at school, and what goes on between peers, may be just as important in understanding their long-term function as what goes on at home. In childhood, when kids are in school, they spend a lot more time with their peers than they do with their parents so we should not be so surprised about this,” says Copeland. “When we see kids having trouble, we tend to ask them about things going on at home and we don’t tend to ask them how they’re getting along with their peers and whether they’re the victim of bullying. I think we need to rethink that a bit.”

Do you know what’s it like to be bullied?

Our Cottonwood Tucson staff care for our patients who suffer from mood disorders and anxiety disorders (including panic disorder and depression). Often patients will present with co-occurring substance abuse disorder. Our board certified psychiatrists and master’s level counselors help patients to identify and change maladaptive attitudes, behavior, attitudes and beliefs that can undermine their ability to produce a calm, happy mood. In our clinical work we identify core issues, uncovering and resolving longstanding psychological problems that can cause problems with mood.

When bullying is discussed, often people who have had no experience with bullying, as a victim or one who has bullied, struggle to understand what affect bullying can have on a person.  Today we came across a new video project that powerfully explains how it feels to be a victim of bullying. The name of this video is To This Day.  It is centered on a poem written by the poet Shane Koyczan.

So just for today, take some time to consider bullying and its legacy for all who may have been a bully or may have been bullied. They may be functioning, but not well.

Previous PostGambling Addiction: Medical Facts And MoreNext Post“HOOKED: When Addiction Hits Home” ~ A Book For Those 12 And Older