How much do you understand about your family tree? 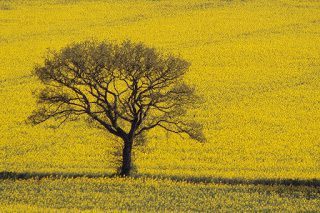 Have you seen a television or online commercial for Ancestry.com? Maybe you use Ancestry.com. Learning about our ancestors can be entertaining, time-consuming, and sometimes shocking. We occasionally find ourselves relying on relatives to fill in the knowledge gaps, the blank spaces. For example, what if by the time you were born all of your grandparents and great-grandparents were deceased? Or, what if all of your parents’ siblings (and their offspring) lived 1500 miles from you? Or, what if either or both of your parents were adopted and had no information about their birth family?

Now imagine that you are asked to complete a family medical history form which includes questions about your extended family members’ history regarding depression, mental retardation, alcoholism, drug use, smoking, etc. There is probably a good chance that if you never knew your grandparents and your own parents were now deceased you would be hard put to answer any of these questions adequately and your attending doctor and/or other mental health professionals would be forced to work in the dark. This situation can be complicated by the fact that many relatives don’t care to discuss “family skeletons.” Additionally, in days long ago, relatives might have been innocuously referred to as “different” or “the crazy Uncle”; however, they may have indeed suffered from autism, attention deficit-hyperactivity disorder or ADHD, bipolar disorder, major depressive disorder or schizophrenia. But who knew? A complete family medical history can be invaluable when seeking treatment for any medical condition.

A new study was published on-line in The Lancet, Wednesday, February 27, 2013, Identification of risk loci with shared effects on five major psychiatric disorders: a genome-wide analysis. This study was funded by the National Institute of Mental Health. The study’s aim was to identify specific variants underlying genetic effects shared between the disorders in the Psychiatric Genomics Consortium: autism spectrum disorder, attention deficit-hyperactivity disorder, bipolar disorder, major depressive disorder, and schizophrenia. According to Dr. Bruce Cuthbert of the National Institute on Mental Health the study has implications for learning how to diagnose mental illnesses with the same precision that physical illnesses are diagnosed.

The Psychiatric Genomics Consortium includes researchers from 19 countries and they analyzed the genomes of 61,000+ people, some with one of the five disorders and some with none. Their research found four regions of the genetic code where variation was linked to all five disorders.

Dr. Jordan Smoller, a psychiatry professor at Massachusetts General Hospital and a lead researcher in this study was interviewed on CBS This Morning.

Obviously this study is one step in further understanding mental disorders, as Dr. Smoller explained to CBS Morning News:

“We do know that all psychiatric disorders do seem to run in families to a degree. We also know that genes are not destiny. It is not the entire picture. But the hope is that we’re going learn something fundamental about how these disorders occur.”

In the scheme of things, learning more about your family’s medical history, both physical and mental disorders, is a worthy project for both you and your children.

Previous Post“HOOKED: When Addiction Hits Home” ~ A Book For Those 12 And OlderNext PostStudy: ADHD Lasts Into Adulthood And Can Be Coupled With Psychiatric Disorders