Side Effects will open nationwide this weekend

“one pill can change your life…” 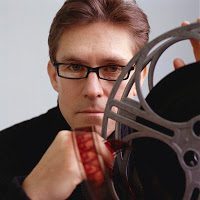 Over the past few months many movies have debuted which deal with mood disorders, addiction, alcoholism, and depression. We have posted about a few of these movies and it seems that our followers enjoyed reading these posts. For the record, while we didn’t write about the latest Anna Karenina, addiction plays a part in this storyline, too, given that Anna suffered from morphine addiction.

This weekend the new movie Side Effects will open nationwide. Based on previews and critics reviews Side Effects promises to be movie about both the side effects of antidepressants and a psychological thriller/murder mystery. The movie is directed by Steven Soderbergh and stars Rooney Mara, Jude Law, Channing Tatum, and Catherine Zeta-Jones.

Did you happen to see the 2010 Love and Other Drugs? It was billed as a romantic comedy about a drug salesman and a woman suffering from an early onset of Parkinson’s Disease with a side story about the efficacy of Prozac vs. Zoloft (both anti-depressants); it appears that the only thing these two movies share is an opportunity for viewers to see how big pharma attempts to market their products to get a bigger piece of the market share. According to The Hollywood Reporter, “a thriller, Side Effects takes a closer look at antidepressant drugs — and the writers and producers behind the film were not shy about their desire to explore the often-taboo topic.”

Side Effects is rated R. This preview has been approved for appropriate audiences by the Motion Picture Association of America.

There is a good chance that Side Effects can be a springboard to revive the conversation about depression and how it is treated. On October 19, 2011, in a news story in Los Angeles Times it was reported: “The most recent statistics about antidepressant use in the United States, released Wednesday, show 11% of Americans ages 12 and older take the medication. Antidepressants are the most common prescription drug used by people ages 18 to 44. Almost one-quarter of all women ages 40 to 59 take antidepressants…Only about one-third of people with severe depression take antidepressant medication.”

If you see Side Effects, let us hear from you. Leave a comment.