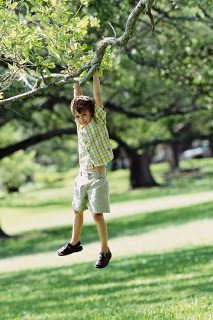 If you are a parent, then you might remember your parent(s) or grandparent(s) offering you a comforting bit of wisdom when your child was repeating a negative behavior: “Don’t worry; he’ll grow out of it!” Sometimes the it was a simple thing like trying to ride the dog or dangling from a tree limb or refusing to eat his vegetables. For the most part these words of comfort turned out to be true, but occasionally childhood disorders, with resultant behavior patterns, don’t go away with maturation.

According to the press release, the following are the researchers’ findings:

Here at Cottonwood Tucson we often work with adolescent girls (ages 13-17) and adult patients who have or have had ADHD and present with co-occurring substance abuse, major depression, or anxiety disorders. Again according to the press release, Dr. Barbaresi offers sobering insight regarding this study:

‘”We suffer from the misconception that ADHD is just an annoying childhood disorder that’s overtreated,” says Barbaresi. “This couldn’t be further from the truth. We need to have a chronic disease approach to ADHD as we do for diabetes. The system of care has to be designed for the long haul.”

Barbaresi thinks the study findings may actually underestimate the bad outcomes of childhood ADHD. The study population in Rochester, Minn., was relatively heterogeneous and largely middle class, and the children tended to have good education and good access to health care. “One can argue that this is potentially a best-case scenario,” Barbaresi says. “Outcomes could be worse in socioeconomically challenged populations.”

He advises parents of children with ADHD to ensure that their children are in high-quality treatment—and remain in treatment as they enter adolescence. Children should also be assessed for learning disabilities and monitored for conditions associated with ADHD, including substance use, depression and anxiety.’

As always, we appreciate your comments.