The Committee on Energy and Commerce 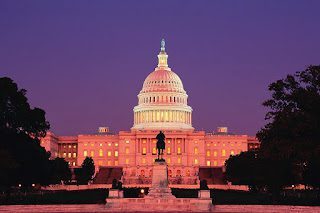 Today’s question: Have you ever heard of the Committee on Energy and Commerce? It is also referred to as The Energy and Commerce Committee. It was established in 1795 in the United States House of Representatives and is one of the three most long standing committees, the others being the House Ways and Means Committee and the House Rules Committee. Interestingly, the Committee on Energy and Commerce (according to Wikipedia) “maintains principal responsibility for legislative oversight relating to telecommunications, consumer protection, food and drug safety, public health, air quality and environmental health, the supply and delivery of energy, and interstate and foreign commerce in general. This jurisdiction extends over five Cabinet-level departments and seven independent agencies—from the Department of Energy, Health and Human Services, the Transportation Department to the Federal Trade Commission, Food and Drug Administration, and Federal Communications Commission—and sundry quasi-governmental organizations.”  There is no doubt this committee deals with many important aspects of our government, but today we want to feature just one...public health.

After Newtown: A National Conversation on Violence and Severe Mental Illness

According to the Committee’s website: “As part of the ongoing review by the House Energy and Commerce Committee into mental health issues raised by the Newtown tragedy, Oversight and Investigations Subcommittee Chairman Tim Murphy (R-PA) and ranking member Diana DeGette (D-CO) announced that the subcommittee has scheduled a forum with leading national experts on March 5, 2013, to explore issues related to severe mental illness and violence.” The following panelists were invited to testify before the committee:

Each panelist was requested to consider the following questions:

This mental health forum lasted for about two and one-half hours; the testimony was powerful and alarming. You are welcome to watch the hearing here.

The impetus for this hearing was events such as the tragedy in Tucson, the shootings in Aurora, Colorado and the massacre at the Sandy Hook Elementary School.  All three parents complained that they had no one to call but police when their children became violent. The parents say they are living in fear of what will become of their children.  One parent offered: “This is not a problem of us not knowing what to do. This is a problem of us not doing it. No father should ever be told, ‘Bring your son back after he tries to kill someone or tries to kill you.'” According to Dr. Torrey: “We have 15 million children and teenagers who have a psychiatric disease or serious learning disorder in the U.S. today. Less than half get any help.” Dr. Insel added: “We are often forced to respond in an acute way to what is a chronic problem.”

In their coverage of the March 5th Congressional hearing, CBS Evening News focused in on what have become many communities’ answer for the shortage of mental facilities and treatment for severe mental illness and violence: JAILS!

CBS Evening News went on to report that the Department of Justice says up to 64 percent of inmates at local jails have some mental health problems.

Based on the testimony offered to the Oversight and Investigations Subcommittee of the Energy and Commerce Committee, there is a lot of hard work that will need to be committed to if we are going to alleviate the pain and suffering that so many Americans are experiencing due to mental illness. Mental illness like addiction is a family disease, but recovery is possible and it can start with families being allowed to come out of the shadows.

Here at Cottonwood Tucson our mission is straightforward:  We are dedicated to providing innovative and evidenced-based holistic behavioral health treatment in an environment characterized by safety and respect for patients, family members and staff. Our commitment is to exceed community standards in the professional practice of medicine, nursing and psychotherapy and to operate our facility in a way that demonstrates respect and responsibility to our patients and employees.

Previous PostStudy: ADHD Lasts Into Adulthood And Can Be Coupled With Psychiatric DisordersNext PostStudies Highlight How Stress Can Affect Your Heart Health