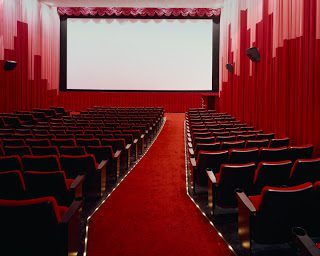 Over the past year we have written a number of posts about movies. This Thursday, April 4, 2013, Pulitzer Prize winning film critic and author, Roger Ebert passed away. Many of us have grown up and grown old with Roger Ebert; he became our “go to” film critic. You may remember a time when the only place one could read a movie review was in your local newspaper, which often published syndicated reviews from writers employed at major newspapers in large cosmopolitan cities. Roger Ebert wrote as a film critic for the Chicago Sun-Times beginning in 1967 and continuing until April 2, 2013, when he announced he needed to slow down and take a leave of presence.

By 1986 Roger Ebert and fellow film critic Gene Siskel were seen nationwide on a weekly syndicated television show called “Siskel and Ebert and The Movies” which later was called simply “At The Movies” and after Gene Siskel’s death in 1999 the show evolved to “At the Movies with Ebert and Roeper.” For more than 20 years American and Canadian viewers were treated to movie reviews and lively discussions about newly released films, taking mental notes of what we wanted to see “at the movies” during the coming weeks. Siskel and Ebert would give each reviewed movie their “thumbs up” or “thumbs down” and movie producers, directors and actors always hoped for the coveted “two thumbs up” review.

“My name is Roger, and I’m an alcoholic”

It was August 25, 2009, when Roger Ebert wrote a blog post titled “My name is Roger, and I’m an alcoholic.” He started writing and publishing the blog, Roger Ebert’s Journal, for the Chicago Sun-Times in April 2008 (about two years after his battle with cancer began). Roger Ebert’s Journal should not be confused with his blog rogerebert.com, where you can find all his movie reviews and more.

Readers were surprised and responsive when Ebert wrote “My name is Roger, and I’m an alcoholic.” To date it has 1382 comments! It is a moving, informative, candid and intimate memoir about how he found sobriety via Alcoholics Anonymous in August 1979. By the time he wrote this post he had been sober for 30 years. We hope you will take the time to read his post, it is inspirational.

Life Itself ~ A Memoir

In September 2011, Ebert published Life Itself ~ A Memoir.  You can read an interesting review by The New York Times “A Writer’s Voice, Now Muted But Still Lively.” In his memoir Ebert also spoke honestly about his alcoholism and his recovery, the reviewer relates:

“Did I know drinking made me unmarriageable,” Mr. Ebert asks now, “or did I simply put drinking ahead of marriage?” He is ready to ask himself such questions because, he says, “I will write this book only once and might as well not make it fiction.”

On April 2, 2013, Roger Ebert informed his co-workers, friends and fans that he was taking a leave.
He closed his post with these words: “So on this day of reflection I say again, thank you for going on this journey with me. I’ll see you at the movies.”

As we close this post today, we would like to thank Roger Ebert for allowing us the opportunity to share his journey “at the movies” and every part of his life. Chances are he will never know how many people he helped along the way, particularly those seeking recovery from alcoholism. He was in every way a dignified warrior, as his wife Chaz Ebert said about his passing: “…he looked at us, smiled, and passed away. No struggle, no pain, just a quiet, dignified transition.”

Previous PostThe BRAIN Initiative: Unlocking The BRAIN Could Be More Important Than Going To The Moon!Next PostParents: Be Aware Of “Benzo Fury,” It Has Unknown Risks