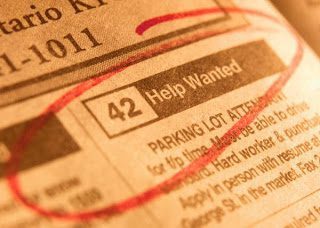 What kind of work do you do?

It is kind of an odd question for a Saturday morning, but over the last day or two we saw a number of articles that dealt with the cost of depression in the U.S. workplace. Yes, we said depression. Working at a job for an employer or being self-employed is a major part of most people’s lives.  Maybe we get our first summer job babysitting or working at a local store or a summer camp. We might work our way through our college years taking a job on campus or working at a movie theatre, or a local resort, or a restaurant, or interning for a company. We try to choose careers that interest us and that will provide income to support ourselves and our eventual families.

So depending on the type of work you do or the type of workplace you find yourself in you may have noticed how you and your co-workers can be affected when someone is absent from work.

Why do people miss work – or call in sick?

The truth is people call in sick for varied reasons. They might have the flu, they may have a bad cold, a migraine headache, they may have broken a bone or had some other kind of accident. If you work in an environment where everyone’s position is mission critical, then you see immediately the impact absenteeism has on productivity.

The cost of U.S. workforce illness

There is an organization call The Integrated Benefits Institute. It represents major U.S. employers and business coalitions including municipalities, unions and universities. In 2012 The Integrated Benefits Institute issued a report after reviewing 2011 data drawn from the U.S. Bureau of Labor. According to a late 2012 FORBES article about this report:

“Poor health costs the U.S. economy $576 billion a year, according to new research. Of that amount, 39 percent, or $227 billion is from “lost productivity” from employee absenteeism due to illness or what researchers called “presenteeism,” when employees report to work but illness keeps them from performing at their best.”

After accounting for lost productivity, there are also the costs of wage replacement, workers compensation for both short and long-term disability, costs of medical treatment and pharmacy related costs, particularly those costs as they relate to chronic conditions like diabetes, heart disease and depression.

It might surprise you to know that GALLUP is not only known for conducting political polls, but also
does research polls on the economy, the world and well-being. According to their website:

“The Gallup-Healthways Well-Being Index tracks wellbeing in the U.S. and provides best-in-class solutions for a healthier world. To learn more, please visit well-beingindex.com.”

According to Gallup-Healthways Well-Being Index survey one in eight American workers (or about 13 million people) have been diagnosed with depression during their lifetime.

Additionally, according to a FORBES’ article “Gallup’s report talks about early identification and treatment, employee assistance programs and de-stigmatizing treatment.”

“In 2013 thus far, Gallup finds an average 12% of all workers nationwide saying they have been diagnosed with depression at some point in their lifetime, and about half of those who have been (representing 6.1% of all U.S. workers) are currently being treated for depression.”

We hope you will read some of the related articles offered below, as well as some of our previous posts about depression.
It is always important to remember that depression is treatable.