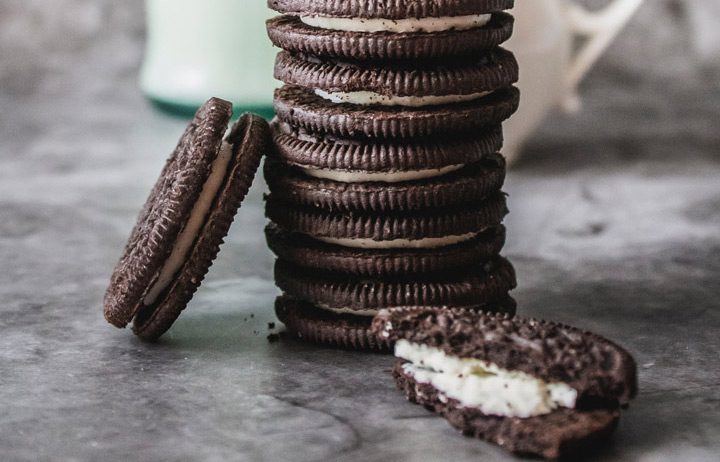 Which would you prefer to eat – an Oreo cookie or a rice cake?

No doubt you have seen all the news buzz about a recent study at Connecticut College that examined the addictiveness of high fat and high sugar foods. If you haven’t seen these news reports, you can read a number of them listed below in the related articles section of our post.

According to the Connecticut College press release the researchers:

This study was conducted under the supervision of Joseph Schroeder, associate professor of psychology and the director of the behavioral neuroscience program at Connecticut College. Dr. Schroeder worked with students Jamie Honohan, Becca Markson, Gabriela Lopez, Katrina Bantis and Lauren Cameron.

The research project will be presented in detail by Dr. Schroeder at the Society for Neuroscience conference which will be held in San Diego November 9 – 13, 2013.

Again, what is it about sugar and high fat foods?

You may remember a few months ago we published a post about sugar and why we crave it. A lot of people read this post, which tells us people are interested in good nutrition and what makes us crave certain foods.

Here at Cottonwood Tucson we strive to teach all of our patients the importance of a healthy and well-balanced diet.

Carbohydrates, specifically complex carbohydrates, are the body’s main source of the amino acid tryptophan – a necessary precursor in the brain’s synthesis of the chemical messenger serotonin – used to facilitate a happy, stable mood, curb food cravings, increase pain tolerance and aid in sleep, all of these key components of a healthy recovery effort.

Turkey, lean meats, and dairy products are also good sources of tryptophan. Foods rich in vitamin B-6, B-12 and folic acid also facilitate the synthesis of serotonin from tryptophan.

On the other hand, caffeine, sugar, high fat foods and alcohol can deplete serotonin. Another amino acid, tyrosine, with the help of folic acid, magnesium and Vitamin B-12, is necessary for the brain’s synthesis of both dopamine (the chemical messenger of pleasure and reward) and norepinephrine (the mental alertness brain chemical). Tyrosine is abundant in protein foods. Choline, a fat-like substance found in wheat germ and eggs, is converted into the neurotransmitter acetylcholine. This brain chemical is important in memory and cognitive functioning.

At Cottonwood we pay attention to the power and frequency of cravings for food and/or mood-altering substances can be influenced by how one eats. Patients learn that an inconsistent or imbalanced diet can create dysregulation in all of the previously mentioned neurotransmitters. Our clinicians stress that a poor diet can also create blood sugar fluctuations that affect energy and concentration and increase the desire for sugar and caffeine – both of which can fuel anxiety and trigger cravings to use alcohol and drugs. Patients learn that, in some newly recovering alcoholics, abstinence from alcohol can lead to increased desire for sugar.

Sometimes this desire is subtle and shows up as a craving for fruit, fruit juice or sugary beverages. Of course fruit is healthy, but it is still sugar and, for optimal mood, it needs to be taken in appropriate quantities. Caffeine, too, can become a crutch to the newly recovering addict/alcoholic. A stimulant, caffeine feels like fuel in the body, but this effect can lead to the skipping of meals and increased desire for more sugar. We teach patients that the use of caffeine in the morning can also result in a craving for more caffeine and the impulse to overeat later in the day. Our patients learn that eating often and including the right amounts of carbohydrates, proteins and fats will help the management of cravings, for both food and mood-altering chemicals.

This latest study offers a lot of “food” for thought. Today we were reminded of a friend who has a Basset Hound. When the Basset reached 92 pounds the vet gently suggested that he be put on a diet. The vet advised her to give rice cakes as a treat, instead of dog treats and people food. In about a year’s time the Basset Hound had lost 20 pounds. Here’s to rice cakes!