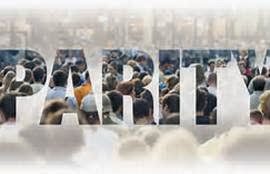 On November 8, 2013, the Departments of Health and Human Services, Labor and the Treasury issued a press release that outlined their final rule increasing parity between mental health/substance use disorder benefits and medical/surgical benefits as applied in group and individual health care insurance plans. While this implementation deals specifically with co-pays, deductibles, and visit limits being applied equally, there are also some additional consumer protections which were outlined in the press release:

Following this news story we thought back to the first time we wrote about the Mental Health Parity and Addiction Equity Act of 2008 (MHPAEA). It was February 2009, at the time we focused on the importance of providing mental health treatment for children and adolescents and we offered the following observations:

“Morbidity and mortality from disorders that have a mental and behavioral component outweigh that of all other causes combined. The three major causes of death in pediatrics are accidents, murders, and suicide all of which have behavioral aspects. Complications of child abuse, substance abuse, and depression are more widespread than any other pediatric diseases. Sexually transmitted diseases and teen pregnancies are the two main gynecologic problems for our young people. What a disparity between the needs and the services available!”

Last month we wrote about the 50th anniversary of The Community Mental Health Act of 1963. At that time we remarked at how the implementation of this act suffered because of the lack of funding. We understand that congress working with many administrations has tried on a number of occasions to enact laws that deal with parity regarding both mental health and addiction. For example, President Clinton signed the Mental Health Parity Act of 1996 (MHPA).  And President George W. Bush signed the Mental Health Parity and Addiction Equity Act of 2008. These are just two recent examples of how we as a nation have attempted to offer parity and equity for all types of disabilities, syndromes and diseases. Here you can see an interesting timeline of disability rights in the United States dating back to 1817, as compiled by Wikipedia.

Many experts are praising the implementation of the Mental Health Parity and Addiction Equity Act of 2008, but the road to parity will deal with many roadblocks. For example, NBC News reports on just one such roadblock as described by the executive director of NAADAC:

‘The practical effect of the new law, which applies to all types of insurance, will be new and broader access to care, said Cynthia Moreno Tuohy, executive director of the National Association of Alcoholism and Drug Abuse Counselors (NAADAC).

“What it means for us is that we should see more people coming into the treatment world,” Tuohy said. “One of the reasons people don’t come into treatment is that they don’t have health care. This takes those barriers away.”

With access to coverage, more people with mental health and substance abuse problems may seek care earlier, before they escalate, she added.

Still, experts said they were waiting to scope out the details included in the new federal rule. At issue will be the criteria insurers use to include – or exclude – someone for mental health and addiction coverage.

For example, many insurers now refuse to cover addiction treatment if a person is arrested for driving under the influence, Tuohy explained.

“The reason they got the DWI is because they need treatment,” she said. “We blame them and then we stigmatize them for getting the treatment that they need.”’

Parity and equity are strong words. Interestingly they are not synonyms for each other. Parity is defined as equality, as in amount, status or character. Equity is the quality of being fair or impartial.