“Stop and think. If you are pregnant or could be pregnant, don’t drink.” 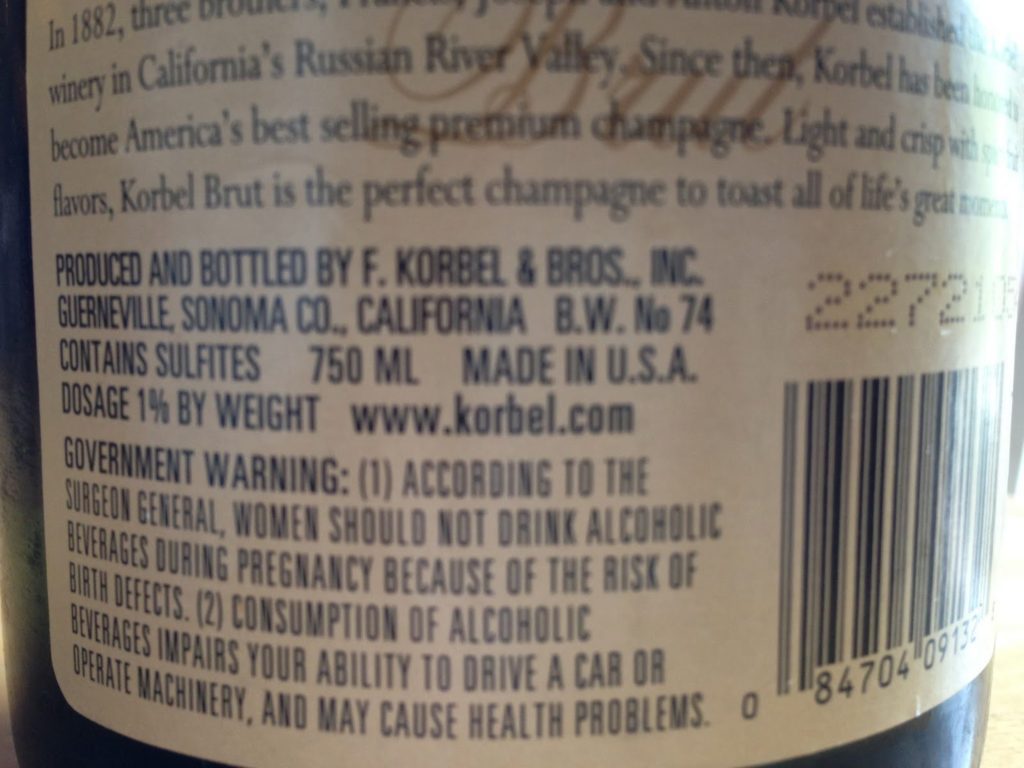 The above quote is from the Fetal Alcohol Spectrum Disorders (FASD) Center for Excellence website. And the photo to the left depicts the government warning that can be found on every alcoholic beverage in the United States: “According to the surgeon general, women should not drink alcoholic beverages during pregnancy because of the risk of birth defects…”

Labeling alcoholic beverages with this warning, as well as the additional warning that “consumption of alcoholic beverages impairs your ability to drive a car or operate machinery, and may cause health problems,” has been part of our culture since the very late 1980s. And it might surprise you to know that according to a Wikipedia article the original suggested warnings read as follows:

Last week the results of a new study “Prenatal Ethanol Exposure Disrupts Intraneocortical Circuitry, Cortical Gene Expression, and Behavior in a Mouse Model of FASD” were published in The Journal of Neuroscience. The study was conducted at the Department of Psychology and Interdepartmental Neuroscience Program at the University of California, Riverside, California (UCR).  The lead researcher/author was Kelly Huffman, an assistant professor of psychology at UCR. Co-authors were UCR PhD students Hani El Shawa and Charles Abbott.

This study was conducted with mice. According to the study’s abstract:

If you are having trouble viewing the video, you can view it here.

We often write about parenting and we have also written about fetal alcohol syndrome. We understand as Medical News Today (MNT) pointed out: “Children diagnosed with FASD may have facial deformities and can exhibit cognitive, behavioral and motor deficits from ethanol-related neurobiological damage in early development. Those deficits may include learning disabilities, reduced intelligence, mental retardation and anxiety or depression, Huffman said.”

Our opening segment says it all: “Stop and think. If you are pregnant or could be pregnant, don’t drink.”

Previous PostSir Elton John: “To End AIDS We Need More Than A Cure – We Need Compassion.” Also Take A Look At The DALLAS BUYERS CLUBNext PostMixing Energy Drinks And Alcohol Is A Dangerous Cocktail: You Might Find Yourself “Wide Awake Drunk”