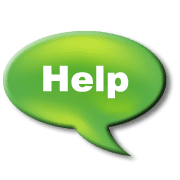 Learning to ask for help

On May 30, 2014, we published a post Father’s Plea ~ “NOT ONE MORE!” It was an overview of the tragedy that unfolded in the seaside town of Isla Vista, CA. At the time we talked about one grief stricken father, Richard Martinez, who in the wake of his son’s murder, wants people to get to work and do something to prevent these types of senseless murders. And today, Mr. Martinez is working diligently to prevent one more parent from having to bury their child like he buried his son Chris.

Elliot Rodger’s father wants you to ask for help, too…

On June 1, 2014, the grieving father’s of both young adults, Chris Martinez and Elliot Rodger, met to console each other and they plan to work together so that other families will not have to suffer as theirs have. This past Friday, June 27, 2014, Roger Elliot sat down for an interview with ABC’s Barbara Walters. This conversation aired on a Special Edition of ABC’s 20/20.

The interview with Mr. Elliot is enlightening and powerful. He is forthright with Barbara Walters and candid about his parenting and how he came to find himself “speeding” on a California freeway trying to reach his son before he could harm anyone. He didn’t make it in time.

Roger Elliot wrote an open letter which was published by ABC News. He says in part:

I tried my best to do my duty as a father, but obviously my best was not enough. My duty now is to do as much as I can to try and stop this from happening again. Too many lives are being lost. Law enforcement professionals, teachers and health workers on the frontlines of the mental health crisis bear too much of a burden. And countless families struggle in silence with the consequences of mental illness each day.

In 2009 Kenny Baker committed suicide. He was 19 and almost ready to graduate from high school. But when Kenny was 15 he was diagnosed with depression and anxiety. He, too, hid his diagnosis from his friends and teachers. Eventually he was isolated and humiliated. His mother, Tricia Baker, firmly believes that both the isolation and humiliation contributed to his death.

Kenny’s parents, Tricia and Kurt, along with his sister, Katelyn, formed a non-profit organization Attitudes In Reverse® (AIR). It was actually Katelyn who came up with the idea and the concept of AIR: “The concept of AIR was Katelyn’s. Mental illness is like air. Just because you don’t see it, doesn’t mean it isn’t there. It is all around us. Katelyn won a 2010 NJ Governor’s Ambassador Award for her concept.”

Their mission is simple…

The mission of AIR Attitudes In Reverse® is to educate society about mental health. People need to know that the best suicide prevention plan is a good mental health awareness program. In addition, AIR tries to educate that ALL people should be treated with dignity, respect, and understanding, no matter what illness they might have. If people “act different” there is a very good chance that there is a diagnosed or non-diagnosed mental illness, and should NOT to be judged or criticized.

To date AIR has reached over 14,000 students with their “Coming Up For AIR™” presentation in three states: New York, New Jersey and Vermont.

Here is a video produced by AIR: Attitudes In Reverse® – Start THE Conversation

Let’s get to work and do something…