Have you ever had a bone fracture? 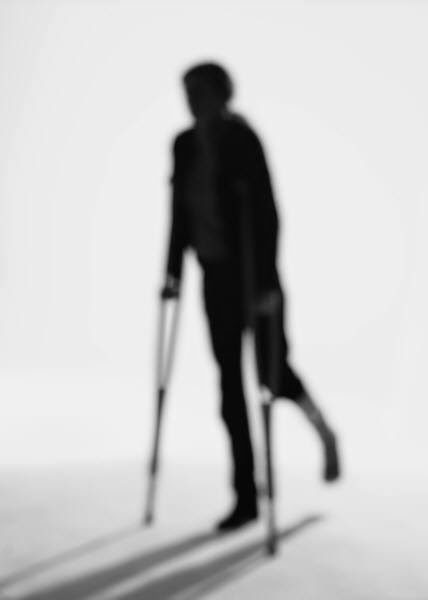 If you answered the above question in the affirmative, then chances are when you were discharged from the hospital emergency department or the orthopedist’s office you were provided a prescription for pain. Maybe you have never experienced a broken bone, but one of your family members has had one. Friends and neighbors are always willing to offer advice, particularly if you are dealing with a child who has a fracture. However, it is probably best to follow closely the discharge instructions and keep a close eye on the patient in the first few days watching for swelling, excessive pain, and reactions to pain medication.

Our readers may remember a blog we published in April 2014 about a 10 year study that examined how and at what frequency codeine was prescribed to children ages 3 -17. Now we have the results of a small study that compared the results of prescribing either ibuprofen or morphine to children who have suffered a fracture. 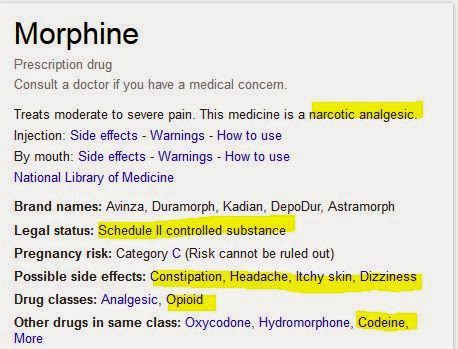 As you can see from the image on the left, morphine is a schedule II controlled substance, drug class opioid, and codeine is in the same class.

The Canadian Medical Association publishes the CMAJ and the following article was first made available on-line October 27, 2014: Oral administration of morphine versus ibuprofen to manage post fracture pain in children.

This was a randomized trial with the lead author being Dr. Naveen Poonai who is a pediatric emergency physician at the London Health Sciences Centre in Ontario, Canada.

While pain reduction for both groups was very similar, more than 50% of the morphine group recorded side effects, while only 31 percent of the ibuprofen group did so. The most common side effects reported were drowsiness, as well as nausea and vomiting. According to HealthDay, one-quarter of all injuries among children are broken bones. And the researchers report that there are limited pain relievers for young children in these situations, which is complicated by the dangers involved with prescribing codeine.

For sure when we read about a study like this, the results appear to be very straightforward, but as Amy L. Drendel, Associate Professor of Pediatric Emergency Medicine at the Medical College of Wisconsin (Milwaukee), who was not involved in the study expressed to FOX News:

“There is very little pediatric acute pain research done in the ‘at-home’ setting where these analgesics are actually used. This provides real-life data about how these medications work in the outpatient setting.”

In the long run this study is good news for all concerned…parents and children. The children have their pain relieved with a non-opioid product and the parents are usually very familiar and comfortable with administering ibuprofen and/or acetaminophen.

Previous PostPTSD: So Many Have An Untold StoryNext PostCottonwood Tucson Announces The 2015 InnerPath Workshops Schedule