What is your work environment about?

This might seem like a mundane question, but in today’s world there are a lot of discussions about

increasing the federal minimum wage, working conditions in general and this week the news media is covering the yearly story of how many American workers were asked to work on Thanksgiving.

Today we happened upon a new study which examined “sitting.” Of course, the researchers were studying “sitting” in the workplace. What about you, does your career demand that you sit for most of your working shift?  If you answered yes to that question, then perhaps you are among the 60% of Americans who sit in an office cubicle or the 93% of that 60% who hate it.

We asked one of our colleagues about her work experience, knowing that her resume included many positions in an office environment. She was quick to offer that while she had worked in open office situations (a sea of desks), she had also worked standing up all day (think of a bank teller position), and on a few occasions had a private office, but nothing was worse than being confined to a cubicle and basically being expected to sit through her shift.

Over the years there have been numerous television series and full length movies that have focused on the workplace. Additionally, in 1989 Scott Adams introduced us to Dilbert, but the bottom-line is that how we spend our working hours can impact both our physical and mental health.

This week the Association for Psychological Science (APS) published an article about new research about sitting, More Bad News About Sitting: It may Harm Worker’s Mental Health.

The research team was led by Michelle Kilpatrick of the University of Tasmania. Kirkpatrick and her team were looking to observe mental health impact of sitting while working.

Additionally, as reported by APS:

Interestingly, although there was a significant association between prolonged sitting at work and moderate levels of psychological distress, sitting was not associated with high levels of anxiety and depression.

Another key finding was that hitting the gym after work didn’t protect workers from the effects of sitting. If people sat for most of the work day, even if they were physically active and getting exercise in their off hours, they still showed relatively higher rates of anxiety and depression symptoms than did workers who sat for less than 3 hours a day.

“Consequently, individuals may be meeting recommended levels of health promoting physical activity, yet their physical and mental health may remain at risk if they are also sedentary for prolonged periods,” writes Kilpatrick.

Take a look around…what can you improve about your work environment? 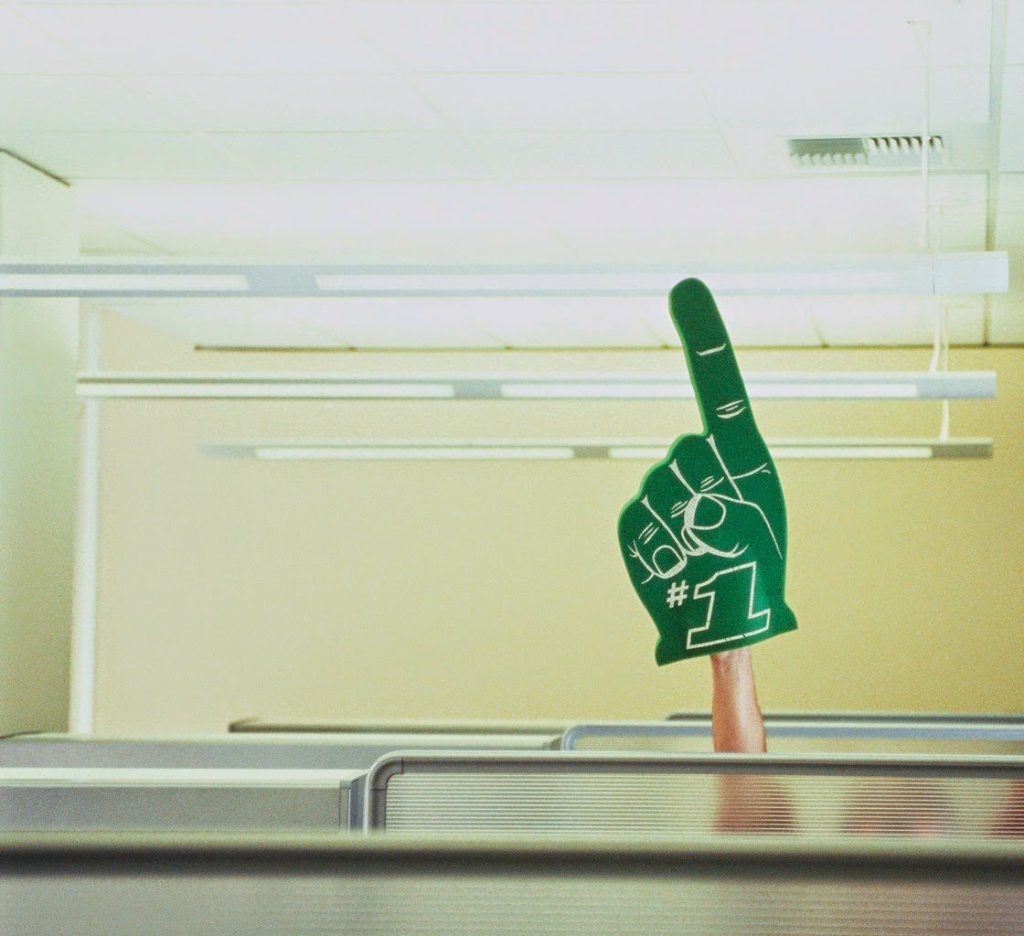 This study, like many others, should kick start a conversation about mental health and one’s daily work routine. Of course, the person who labors in the outdoors constructing roads, buildings, or those who enjoy seasonal jobs on a ski mountain or river rafting may never need to worry about sitting too much.

But if your career places you in a call center, think tank, information technology, or sitting in an assembly line, then you might want to find ways to move. You might share some of the related articles below with your co-workers or supervisors…keep your mental health #1!

There’s nothing good about working in a cubicle, study finds (American Psychological Association, May 2002)
How Death by Cubicle Works (howstuffworks.com)
Zen and the art of cubicle living (The Atlantic, November 20, 2014)
The Mind Does Not Belong In A Cubicle (The Atlantic, April 2014)
Is Sitting A Lethal Activity? (New York Times Magazine April 2011)

Previous PostHoliday Fare: Do You Have A Sobriety Friendly Cookbook?Next PostCNN Special Report Exposes The Havoc Wreaked By A “Deadly High”