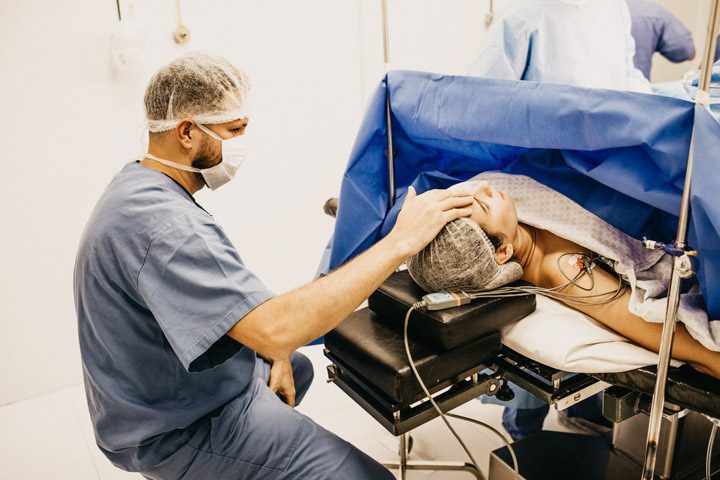 It is probably safe to say that no one looks forward to having a surgical procedure. Of course, depending on one’s medical condition, a successful surgery is what a patient anticipates and desires. Non-emergency surgeries (elective) are preceded with considerable pre-op examinations, like EKGs, lung x-rays, blood work, maybe an MRI or even a stress test.

If you’re a family member or close friend who accompanies a loved one to a hospital or day surgical center, then you are aware of all the preparations, the surgery time, the recovery time, maybe some ICU time and then either your loved one goes home or is moved to a hospital room for a day or more stay. Everyone waits for the surgeon to pronounce “the operation was a success!”

When queried about their actual surgery, thankfully patients routinely will report “I don’t remember a thing!”

But some patients experience anesthetic awareness

Last week we came across a news article on CNN: “‘I couldn’t move’: Patients who wake up during surgery.”

Yes, this can happen, albeit rare. For example, we casually inquired of an associate if she had ever heard of anesthetic awareness and she immediately offered that in the 1970’s her mother had her gallbladder removed. When she saw her mom the morning after the surgery her mother immediately exclaimed that she had awoken before the surgery was complete, could feel the surgeon working, felt the sutures being completed, but she could not move or signal the surgical team that she was awake.

According to the American Association of Nurse Anesthetists (AANA):

In the October 2014 issue of Anaesthesia – Journal of the Association of Anaesthetists of Great Britain and Ireland an original article was published: The 5th National Audit Project (NAP5) on accidental awareness during general anaesthesia: summary of main finding and risk factors.
A printable pdf version of the full article can be seen here.

The researchers found in their study that one in 19,600 patients unintentionally wakes up during surgery. This is a much lower rate than previously discovered in a study conducted in the United States (one in 1000). According to CNN’s article:

The Importance of Education

Dr. Daniel Cole, Vice President of the American Society of Anesthesiologists points out that anesthetic awareness happens when not enough anesthesia to suppress consciousness is provided to the patient.  Most particularly it can occur with emergency c-sections, heart surgeries and surgeries following an emergency trauma.

Both Dr. Cole and Professor Jaideep Pandit, the lead author of the study and consultant anesthetist at Oxford University Hospitals, agree that educating physicians about anesthetic awareness is critical; however, Pandit also feels educating patients is crucial while Dr. Cole feels that it is most important to only talk to high risk patients and those who raise the topic.

If you or your loved one have surgery, particularly if you have children who are surgical patients, it is important to know of anesthetic awareness and to be observant of post surgical symptoms of PTSD and depression.