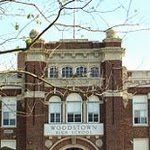 In the United States, preventing drug and alcohol use among teenagers is a high priority. At nearly every public school, zero-tolerance drug policies are in place. While the practice may seem to be an effective deterrent against drug use among teenagers, in reality new research indicates that the opposite may be happening.

Analyzing data from the International Youth Development Survey, researchers found that “students attending schools with suspension policies for illicit drug use were 1.6 times more likely than their peers at schools without such policies to use marijuana in the next year.”

In Washington State and Victoria, Australia, which are considered to be demographically alike, but have different policies when it comes to drug use, the researchers found that total abstinence policies do not carry with them the desired effect, The Washington Post reports.

The authors point out that “Washington school policies have been more oriented toward total abstinence and more frequently enforced with harsh punishment (such as expulsion or calling law enforcement).”

“Whereas policies in Victoria schools have been more reflective of harm minimization principles.”

In Washington, schools involve law enforcement with 70 percent of instances of drug possession, but in Australia the figure is less than 30 percent. The researchers found that there was 60 percent increase in the odds of increased drug use at schools that suspended kids for policy violations, according to the article.

“That was surprising to us,” said co-author Richard Catalano in a press release. “It means that suspensions are certainly not having a deterrent effect. It’s just the opposite.” And according to Catalano and his colleagues, suspensions “related to unintended negative outcomes for the suspended student, such as disengagement from school, delinquency or antisocial behavior, smoking, and alcohol and drug use.”

The findings were published in the American Journal of Public Health.