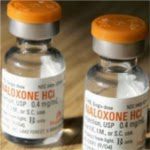 In the throes of a prescription opioid epidemic and scourge of heroin use, American officials are becoming more and more convinced of the need for greater access to the life saving drug naloxone. Naloxone, if administered in time, has the power to reverse the effects of an opioid overdose. In the recent past, a number of states and municipalities have approved legislation that equips first-responders with naloxone, and allows the families of addicts’ access to the drug.

Unfortunately, the price of naloxone has doubled in the last year, causing many to fear that lives will be lost because the drug will be unaffordable for some, The Record reports. While there have been no reported deaths as the result of the price surge, officials are working hard to negotiate more affordable prices.

“If you have a fire extinguisher that costs several hundred dollars, some people are going to go without — and some are going to get burned,” said Daniel Wolfe, director of the international harm reduction program at the Open Society Foundations.

At the end of last year, the price of a naloxone kit jumped from $51.50 per kit to $100 per kit, according to the article. There are currently a number of forms of naloxone on the market, however the most common and easiest to use is the one which can convert into a nasal spray.

“Like other companies in the industry, manufacturing costs for our entire portfolio of products, including naloxone, have been steadily increasing due to the continued rise in costs for raw materials, energy, and labor over the recent several years,” said Amphastar Pharmaceuticals Inc. president, Jason Shandell.

Shandell’s contention seems to make sense, but, according to Wolfe, in some countries, naloxone costs less than $1 per dose and that the price hike in America is probably the result of a lack of competition.