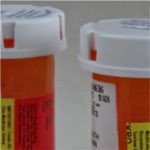 The prescription drug epidemic in America is a crisis facing every state; opioid related overdoses continue to claim lives prematurely. While efforts to curb the problem have had some positive outcomes, in most states the opioid crisis has remained relatively unchanged. In one state, however, the implementation of new laws and prescribing practices has resulted in a reversal of overdose death rates from prescription opioids.

In the state of Washington, a new study has found that overdose death rates decreased 27 percent between 2008 and 2012, Medical News Today reports. The findings showed that average opioid doses prescribed in Washington also dropped.

“Our State’s ability to shift this epidemic into reverse has been the result of strong partnerships among state agencies, university pain specialists, legislators and health care providers,” said lead author and Univ. of Washington professor Gary Franklin, Medical Director, Washington State Department of Labor and Industries.

The turn of the tide is the result of:

“Health care providers are on the front lines of this transformation,” said Dr. Mark Sullivan, Executive Director of COPE, (Collaborative Opioid Prescribing Education), based at the University of Washington School of Medicine. “Provider education is crucial because they write the prescriptions – 259 million nationally in 2012. They need to know how to respond to the suffering of their patients in ways that are safe and effective.”

Using advance technology, COPE is able to reach healthcare providers even in the most remote areas across the state and the region, according to the article.

This month, the United States’ Department of Health and Human Services will release the National Pain Strategy.

The findings were published in the American Journal of Public Health.