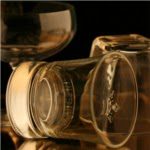 Binge drinking is a common practice among teenagers and young adults. Drinking as much as you can, as fast as you can carries with it a number of risks. While the most common danger associated with binge drinking is alcohol poisoning, new research from the University of Illinois at Chicago College of Medicine indicates that binge drinking during adolescence can disrupt brain development which may affect one’s genes and behavior, Science Daily reports.

“This may be the mechanism through which adolescent binge-drinking increases the risk for psychiatric disorders, including alcoholism, in adulthood,” says Subhash Pandey, the study’s lead author and a professor of psychiatry and the director of neuroscience alcoholism research at UIC.

“Our study provides a mechanism for how binge-drinking during adolescence may lead to lasting [epigenetic] changes … that result in increased anxiety and alcoholism in adults,” Pandey said. On-and-off exposure to alcohol “degrades the ability of the brain to form the connections it needs to during adolescence.”

“The brain doesn’t develop as it should, and there are lasting behavioral changes associated with this.”

While further research is necessary, it may be possible to reverse the effects caused by adolescent drinking using a drug to treat cancer, according to the article. The drug not only restored expression of the gene needed for synapse formation, the rats also exhibited less anxiety and reduced alcohol intake.

“We aren’t sure if the drug needs to be given long term during adulthood in order to completely reverse the harmful effects of adolescent alcohol exposure,” Pandey said.

Continued research may show that the insidious damage in the brain caused by alcohol can be repaired.

The findings were published in the journal Neurobiology of Disease.