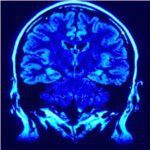 Relapse prevention is one of the most important elements of addiction recovery. Working a solid program by staying connected with your support group is one of the many tools implored for preventing relapse; however, even those working a program have been known to fall of course – especially in early recovery. Efforts to understand how addiction works in the brain has come a long way in recent years, and some researchers believe that studying the brain mechanisms that suppress relapse could help in the development of relapse prevention drugs.

“The risk of chronic relapse, even after long periods of abstinence, is a major issue in treating addiction,” explained the lead investigator for the five-year study, Nobuyoshi Suto, a newly appointed assistant professor of molecular and cellular neuroscience at TSRI. “If we can better understand these brain mechanisms that actively suppress — as opposed to promote — relapse, we may be able to develop a drug to enhance these mechanisms and maybe mimic those relapse-suppressing cues.”

Earlier research has shown that cues that signal the unavailability of drugs or alcohol can suppress relapses, the news release reports. Suto and his colleagues want to determine the brain mechanisms that affect the relapse-suppressing action of such cues.

The study could uncover the fundamental workings of the brain in behavioral inhibition, and help researchers develop new methods for relapse prevention.