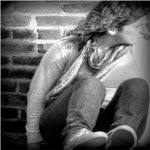 Teen alcohol and drug use is, and should be, a major concern for parents. The long term risks associated with teenage substance abuse can greatly impact one’s future, leading to a host of problems. Despite the fact that the Centers for Disease Control and Prevention reported 66 percent of high-school students have drank and 41% have smoked marijuana, many parents refuse to believe that their children partake in such activities, NY Daily News reports. In fact, a recent survey found that parents are more concerned about their children’s mental health than their use of drugs and alcohol.

The survey, conducted by Yahoo Parenting and Silver Hill Hospital, a Connecticut psychiatric facility, found that 65 percent of the 3,100 parents who participated in the survey said they are concerned their teen suffers from anxiety or depression, according to the article. Parental concerns of mental health is important, and if mental illness is detected it should be treated; however, ignoring teenage experimentation with drugs and alcohol can be a slippery slope. The survey found that more than three-quarters of the surveyed parents think their teen never uses drugs or alcohol.

“This reflects a dramatic underestimate of teenage substance use and again points toward the need for education for parents both with respect to communicating with their teens about drug and alcohol use as well as looking for telltale signs of drug and alcohol consumption,” said Dr. Aaron Krasner, an adolescent medicine specialist at Silver Hill.

While almost half of the surveyed parents said their teens expressed that they were depressed, anxious, or overwhelmed; only 20 percent of the surveyed parents’ teens had been diagnosed with anxiety, depression or attention deficit hyperactivity disorder (ADHD), the article reports. Even more alarming, just 9 percent of those parents said their teens were prescribed and actively taking medications for the aforementioned disorders.

“I think there’s a disconnect between (parents) worrying about the problem and doing something about it,” Krasner said.