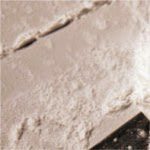 It has long been understood that consuming drugs and alcohol while pregnant can have adverse effects on the fetus, such as fetal alcohol spectrum disorder. While each case is different, time and time again exposure to mind altering substances has proven to severely put babies at risk of lifelong problems.

New findings from researchers at UNC showed that cocaine exposure may disrupt functional connectivity within part of the amygdala-prefrontal network, Science Daily reports. The particular pathway affected is thought to play an important role in arousal regulation.

“To our knowledge, this study is the first to show that maternal drug use during pregnancy alters the brain’s functional organization in newborns,” said Wei Gao, PhD, assistant professor of radiology in the University of North Carolina School of Medicine.

The researchers administered resting-state functional magnetic resonance imaging (rsfMRI) scans on 152 infants, according to the article. Of the 152 infants that were scanned:

The two test groups that had had prenatal drug exposure both showed signs of alterations in the brain’s functional organization. However, the group exposed to cocaine had additional changes, such as a reduced anti-correlation between the amygdala and part of the prefrontal cortex.

A suppression of amygdala responses from the higher-order prefrontal cortex may result in arousal dysregulation. The researchers believe that rsfMRI scans may be important for determining “objective biomarkers for the identification of risks and guidance of early intervention to improve later behavioral outcomes.”

The findings were published in the Journal of Neuroscience.