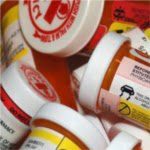 New research suggests that changes in pharmaceutical industry practices has had a remarkable effect, reducing the number of prescriptions written and the number of opioid overdoses. Researchers from both Boston Medical Center (BMC) and Harvard Medical School (HMS), found that the introduction of abuse-deterrent OxyContin (oxycodone) and the removal of the drug Darvon (propoxyphene) from the market, significantly impacted the number of opioids prescribed and overdoses, Science Daily reports.

Since 2005, opioid related overdose deaths have exceeded the number of motor vehicle deaths each year in Massachusetts. In the United States, between 1999 and 2010 opioid overdose deaths quadrupled, according to the article. In response, prescription drug companies were urged to develop abuse-deterrent formulations of their powerful narcotics, and states were called upon to implement prescription drug monitoring programs.

“The number of people dying from opioid overdoses indicates the urgency with which we need to deal with this crisis, which is one of the leading public health issues of our time,” said Marc Larochelle, MD, MPH, research scientist and physician at BMC.

The introduction of abuse-deterrent OxyContin resulted in a 39 percent drop in prescribing of the drug. The researchers also found a 20 percent drop in prescription opioid overdoses in the two years following the abuse deterrent formulations introduction, the article reports. However, while the findings show promise, there is a concern about former OxyContin abusers turning to heroin as a stronger, cheaper alternative.

“Given the decreased supply of prescription opioids, those seeking out an opioid could be turning to heroin, which may partially explain the tremendous increase in heroin overdose deaths over the past few years both locally and nationally,” said Larochelle, also an assistant professor of medicine at Boston University School of Medicine. “Our results indicate the potential of pharmaceutical changes in helping combat the opioid epidemic, but we stress the need for complementary interventions targeting the identification and treatment of addiction to curb opioid abuse.”

The research was published in JAMA Internal Medicine.