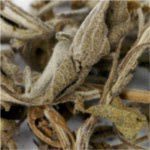 Salvia (Salvia Divinorum) is a plant which has been consumed in religious ceremonies by the Mazatec people of Mexico for centuries. Users connect the plant and its effects with the Virgin Mary, believing that salvia allows them to speak with her. New research on the drug has shown that salvia may have the potential to treat addiction, Newsweek Reports.

Study participants generally have similar experiences with the drug, feeling of disorientation and confusion. “I got completely in it and completely lost my orientation of where I was,” one participant said. More than half reported similar feelings, some forgot where they were in space and a few did not know why they were in the lab in the first place, says Yale researcher Peter Addy.

“I was blended in with the air around me,” wrote one woman. “I couldn’t tell if I was part of the carpet, or you’re part of the chair,” chimed in another man. It also affected people’s sense of what was real.

“When you smoke salvia you’re having an experience whether you want to or not,” Addy says.

While the drug is still legal on a federal level, and in most states, Peter Addy examined the drug’s subjective effects. Users most commonly reported hallucinatory experiences. Addy found that unlike most hallucinogens, since salvia is a k-opioid agonist the drug didn’t appear to affect levels of serotonin in the brain and has little effect on dopamine receptors, according to the article.

More research is needed to understand just how salvia can help treat addiction. Preliminary research showed that, with animals, it appeared to reduce cravings for cocaine. However, Addy points out that more states are moving towards criminalizing the drug which could limit the ability of researchers to conduct studies.

“Outlawing a substance can reduce street use, but can also reduce useful legitimate medical research, which we need to do,” Addy says.