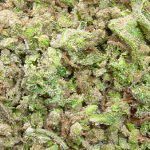 In August, 2013 CNN aired the renowned Dr. Sanjay Gupta’s first installment of his documentary, simply titled “Weed.” Gupta set out on a journey to better understand marijuana by getting all the facts. The history of the drug in America is long, and while the drug is used more than any other illegal drug in the world, almost a hundred years of prohibition has hindered research – meaning that little is actually known about the popular drug.

Currently, there are 23 states and the District of Columbia which have medical marijuana programs, and four states where recreational use has been legalized with more sure to follow. The need to have a better understanding of marijuana is great. Initially, Gupta was very skeptical of marijuana’s medical value, but over the course of his journey he witnessed some amazing situations where the drug showed significant value for the treatment of some illnesses.

You can find information about his earlier installments in the links below.