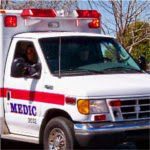 The prescription drug epidemic and subsequent heroin scourge has crippled millions of Americans, and led to thousands of premature deaths. It may seem that when a person dies of a heroin overdose the death certificate would reflect that cause. However, figuring out how many people die of heroin overdoses is not easy, due to the fact that many states do not require specific details on drug overdoses, NPR reports.

In fact, many states lack current, accurate and complete statistics in their databases. The data that is available is often at least two years old; for instance, statistics on drug overdoses in Pennsylvania are from 2012. The executive vice president for the National Association of Medical Examiners, Dr. Kurt Nolte, helped write a report recommending that every drug found in a person’s system be listed on death certificates, according to the article.

“It’s critical. It’s absolutely critical,” says Dr. Nolte. “The interventions for whether it’s heroin or other illicit substances are different than, for example, if they are prescription drugs,” he says. “And if you can’t tell the difference because everybody’s classified as multi-drug toxicity, you have no idea what’s killing people.”

Listing every drug involved in overdose deaths could actually save lives in the future. Gary Tennis, the Acting Secretary for Pennsylvania’s Department of Drug and Alcohol Programs, believes that paramedics would be better prepared to reverse an overdose if more accurate data were available. Last year, at least 28 people in Philadelphia died after using heroin laced with fentanyl, a highly potent opioid analgesic, the article reports.

“You might require more than one administration of naloxone, one might not do it. It’s really useful for our emergency services to have that information that fentanyl’s there,” Tennis said.